FOX 2 - I'm going to take you on a tiger hunt. Tiger's his name and fixing foreign cars is supposed to be his game.

"At that point, he had my car with the engine taken out," said Richard, a victim. "The car was taken hostage for all intents and purposes."

Rob Wolchek investigates a mechanic his victims claim has held their cars as long as two years.

"I was told it would take about two days," said Andrea, a victim.

Rob Wolchek: "When did you take it in?"

"I gave it to German Motor Werks on June 1st," said Matthew, a victim.

And catching Tiger, who seems to move from place to place, is a real cat and mouse game.

Wolchek: "So are you opening another shop?"

Wolchek: "No you're not? So where are you working now?"

His name may be Tiger, but he's a lyin'.

This is Richard, Richard needed repairs on his BMW.  He went to German Motor Werks on Dixie Highway in Waterford.

Wolchek: "When did you take it in?"

Wolchek: "And you don't have the car now?"

Richard: "I don't have the car. I have no idea even where it is." 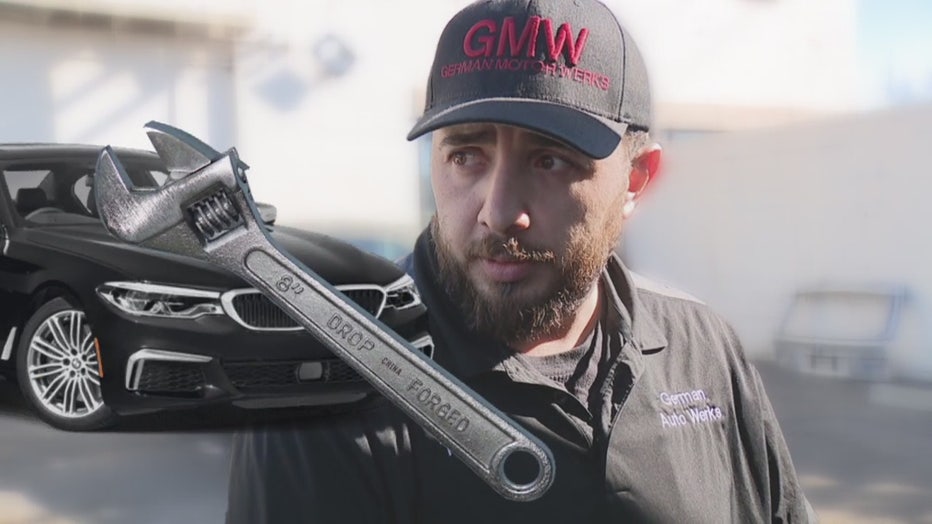 Richard says Tiger, the shop's owner, would fix one thing and charge Richard. Then he would add another thing that needed to be fixed before he could take the car - and on and on until Richard had coughed up close to $6,000 and never got the car back.

After a zillion promises from Tiger, Richard finally sued.

"I have won the court case but I haven't been able to collect on it, because I don't even know where his business is right now," he said.

The signs are still up there, but Tiger and his team are gone.

"I feel embarrassed even to give the true story because it sounds like I'm some easy mark that people can take advantage of," he said.

Don't be embarrassed, because Tiger's had this guy's car even longer. Matthew took his Audi A5 to German Motor Werks to repair a broken timing chain.  He paid Tiger $4,000, and picked up his supposedly repaired car.

"There I am the next day on the side of the road," he said.

Yeah, it was still broken. He had it towed to Tiger's garage.

"Since that day I have not driven the car. I have not heard the car run," he said. "I've seen it. He's had it in his possession the whole time."

This was Matthew's only set of wheels - and he has car payments on the Audi.

Wolchek: "How much did you give him altogether?"

Wolchek: "And your car is still not fixed."

Yeah, at least Andrea has her car back. That's it, broken down and covered with snow in her driveway.

She had taken her Beetle to German Motor Werks and was happy.  In fact, the business had been in Waterford for years, had great reviews online. What none of the customers knew was the old owner was gone.

Wolchek: "When you took it there before they had a different owner."

Wolchek: "And now it's run by this Tiger guy."

Last summer, Andrea had transmission problems so she took the car to the Dixie Highway shop. A few days later, Tiger told her the car was fixed. She paid Tiger but her car sure wasn't purring like a kitten.

"I pulled out of the shop and the car wasn't shifting immediately," Andrea said.

She took it back to the shop and it took months before she got it back. In that time, German Motor Werks had moved to a different location in Clarkston. Andrea went there and picked up her supposedly fixed bug.

"It was slipping in and out of gears and it was scary to drive," she said.

She took it back to the shop where it sat until December. She took her car back but it's still busted. Andrea filed a complaint with the Better Business Bureau. A complaint Tiger never responded to. 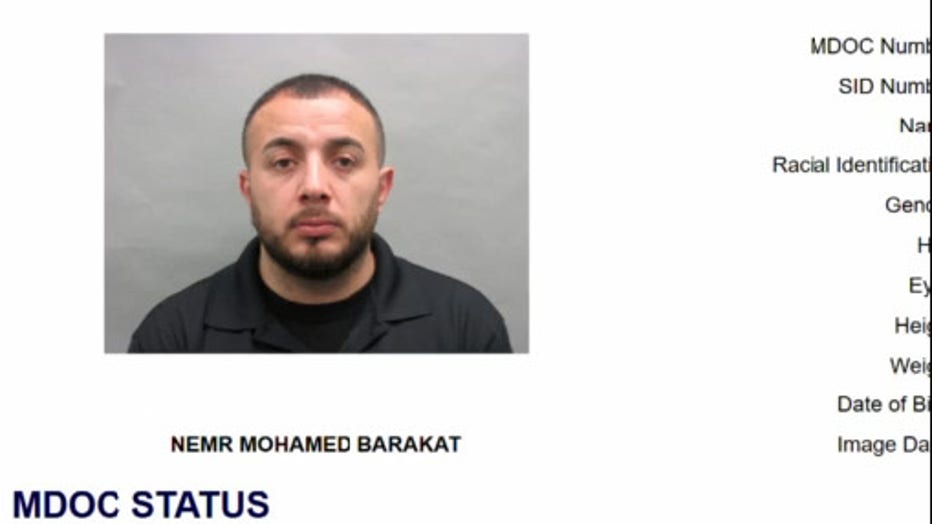 But that ain't nothing.  Tiger's been in trouble for a long time. Real name: Nemr Barakat.

He pleaded guilty to licensing and record keeping violations when he was running a shop in Wayne County, selling cars without a license, he's been sued and lost a few times.

And when I put Tiger's real name, Nemr Barakat, into a Google search, up comes his mugshot on the Michigan Department of Corrections website.

He pleaded guilty in December of 2017 of purchasing a gun without a license.

And to be honest, that photo is all I have to go on because even though he's told Matthew and Richard their cars were still being worked on at German Motor Werks in Clarkston, when I got there, there was a 'For Lease' sign out front.

"There's no vehicles in here," said Wolchek peering in through the garage window. "So I don't know where these guys' cars are."

But I figure a leopard doesn't change its spots and neither will Tiger. After a tip or two, we spot what looks like some fancy foreign cars being worked on, in this out of business boat business on Telegraph Road. The place is locked up tight, but there's guys and cars going in and out.

And at quitting time, my cameraman zoomed in. I send a freeze frame to our victims, and they confirmed I got a 'Tiger' by the tail.

The next day Nemr Barakat, AKA Tiger, pulls this BMW out of the garage on Telegraph and takes off - and so do we. And there's the cat under the hood at a scrapyard on Eight Mile.

Wolchek: "What happened to your shop up there in Clarkston?"

Barakat: "It didn't work out."

Wolchek: "It didn't work out, so where you at now?"

Says the guy who's wearing a shirt and a cap that says German Motor Werks.  Let's get down to business. 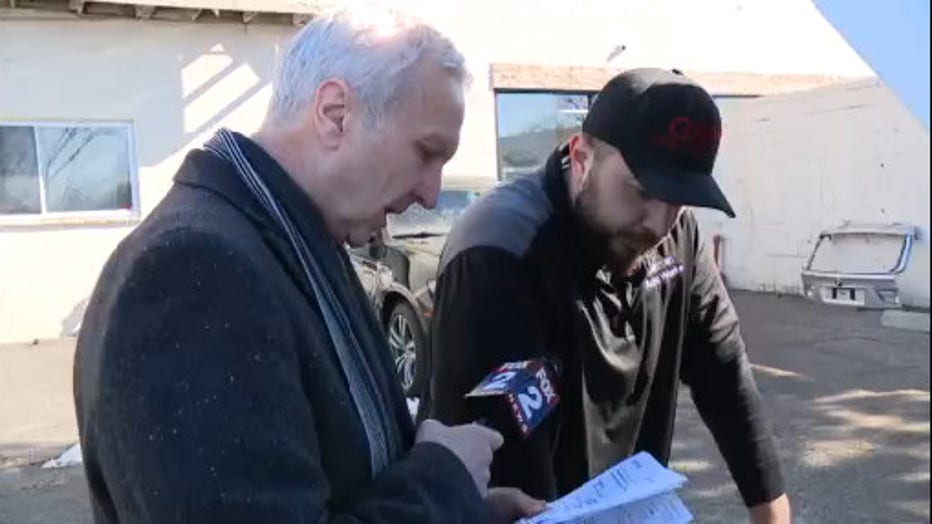 Wolchek: "I know, but you've had the car for like a year and a half"

Barakat: "It hasn't been a year and a half."

Barakat: "His motor turned out to be bad so we're fixing for him."

Next up, I tell him Andrea says her VW is worse than when she brought it to him.  She ended up buying another car because she got tired of Uber-ing to work.

"I performed the work on the car so if she had to buy a new car that's not my responsibility," Barakat said.

Wolchek: "So how long do you think these jobs should take?"

Wolchek: "Do you have the skills to do it?"

And what about Matt, who's been fighting with Tiger over his Audi since June of 2018.

Wolchek: "Matthew says he wasn't very nice to you. Do you blame him for being mad?"

Wolchek: "So why do you keep promising these guys they'll get their cars and they don't get them?"

Barakat: "They'll get them very soon."

Tiger leaves looking sad. But I guess I motivated him. That was last week, this week, he delivered Matthew's car

Wolchek: "So how long has it been?"

Wolchek: "Yep. He would have never got it done."

"That's what I told him - if it wasn't for Rob there's no way you would turn my car around in a week when it has been this long," Matthew said.

What's Tiger got to say?

Tiger is no fan of mine, but his driver seemed to be.

"That's how you tame a tiger, you are in the Hhhhhall of Shame." 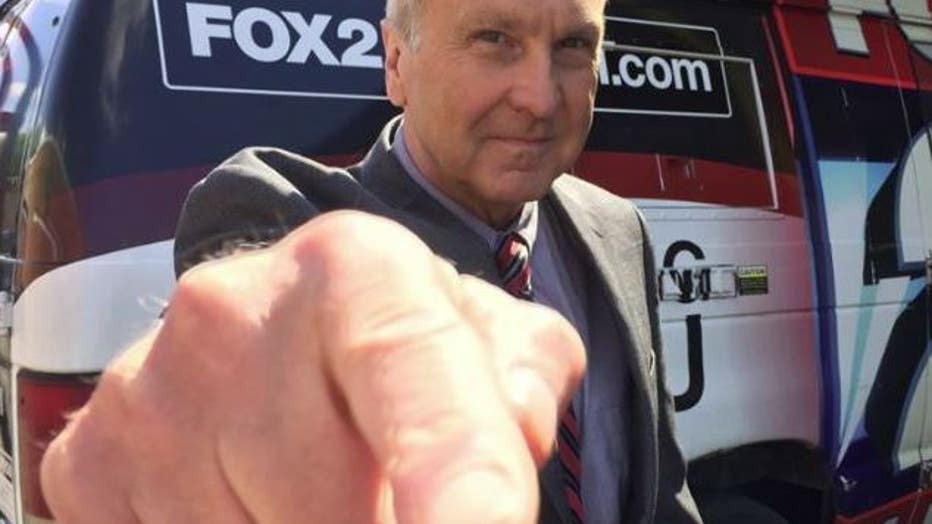