A local nonprofit is taking children living with disabilities on helicopter rides, and lifting their spirits.

FOX 2 - It’s an opportunity of a lifetime allowing some Metro Detroiters who live with disabilities to soar and be free.

"We try to make magical moments and some special experiences for those that we serve," said Ziad Kassab.

"I’m very excited about today, I’ve never been on a helicopter before," said Torrance Johnson, one of the lucky passengers.

It’s all thanks to the D-MAN Foundation which stands for Danny's Miracle Angel Network. On Tuesday the nonprofit provided helicopter rides to five participants who have disabilities.

"There’s a lot of things he can’t do but this is one thing we can say he can do," said Katrina Johnson, Torrance's mother.

"We know that life is short, especially for people with disabilities, and we want to help them live life to the fullest," said Kassab. "That’s what we did for my brother and that’s what we want to do for everyone."

D-MAN Foundation was started by Ziad Kassab as a tribute to his brother who was hit by a car as a child and left paralyzed.

"We started at the DMAN Foundation right in 2009, a couple of months after my brother Danny passed away. We have probably been doing the miracle flights for about five to six years," Kassab said.

Kassab says his brother lived the final years of his life with courage and determination - and he wants these participants to live their life not thinking I can’t, but I can.

"Today we are getting folks out of their wheelchair and in a helicopter for a miracle flight," he said.

The helicopter rides takes participants like Torrance all across Metro Detroit. 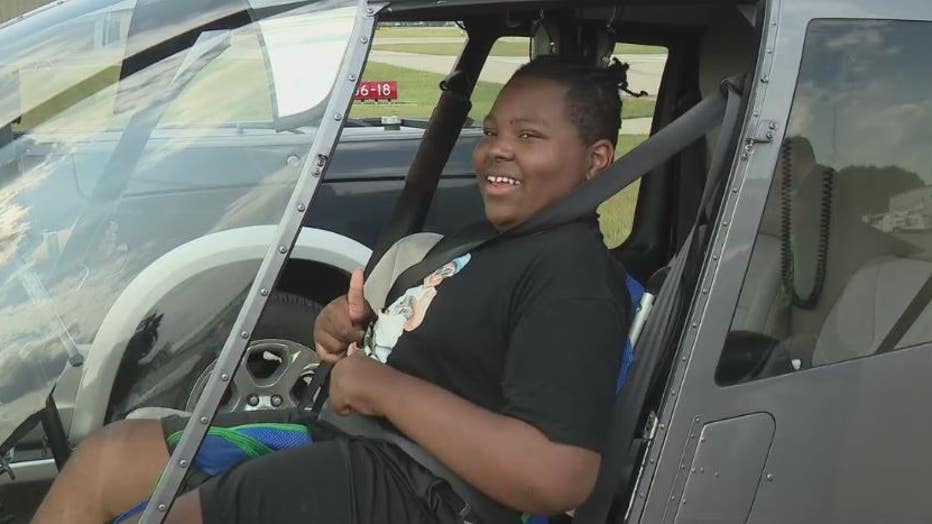 "They cruise down Woodward right over the GM Center," Kassab said. "They get to see Ford Field, Comerica Park, Little Caesar's Arena, the Detroit River, Windsor, cruise down Belle Isle, and then they cruise right back."

Participants and their family members say they are grateful for the experience.

"The ride was awesome," said Laura Vitale, a mother of one of the children.  "We went and we saw all the lakes, we went to Pontiac and (flew) around there, it was cool seeing the houses on the little islands."

The pilots also do their best to make to make this an experience of a lifetime.

"Our pilots like to have fun," said Kassab. "And they like to do cool movements in the air and once in a while we some who have the guts to take the doors off when they fly. I’m not one of those people." 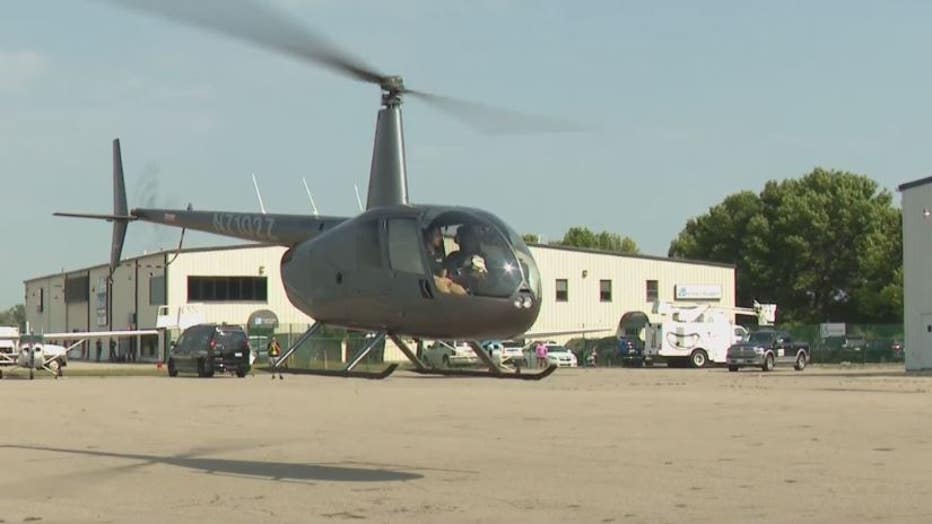 To learn how you can support DMan Foundation and its endeavors or to learn more, go HERE.