WALLED LAKE, Mich. - A former Red Wing and one of Detroit's celebrated athletes in recent memory will be making a celebrity appearance at an area dispensary Thursday as a guest budtender. 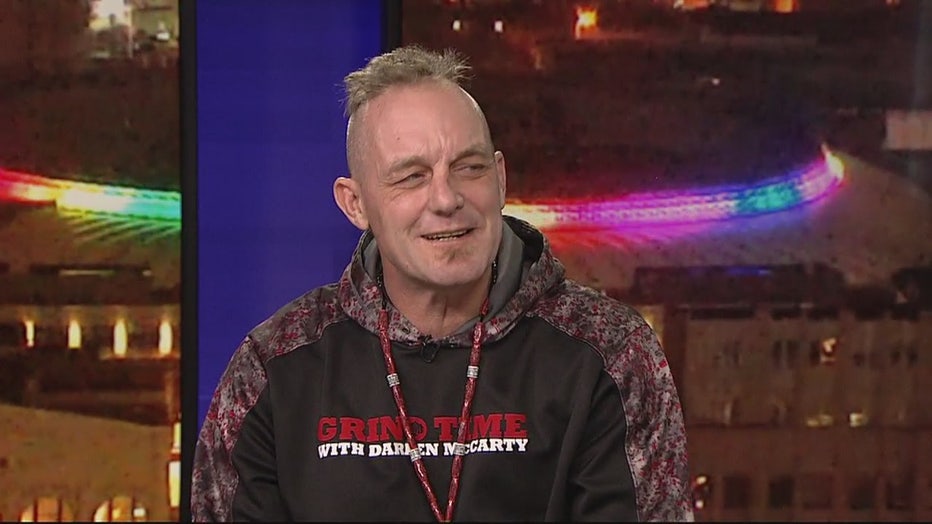 Darren McCarty has been a proponent of cannabis for medicinal purposes for years. He kicked his alcohol addiction by growing weed.

Darren McCarty, the famous enforcer who helped Hockeytown to four Stanley Cups and earned quite the reputation along the way will be at the Greenhouse of Walled Lake to promote his new cannabis line.

For the slice of Red Wing fanatics who dabble in marijuana, there are very few pairings that could go better.

McCarty will be at the dispensary to showcase Pincanna, a locally owned Cannabis Group, as well as his own brand of pre-rolled joints and CBD roll-ons. He will be autographing them.

McCarty's own strain - the Darren McCarty Brand - in collaboration with the shop which is based in Kalkaska, Michigan. He launched it in July 2020.

A former defenseman who left his mark in the rink, McCarty has been a proponent of cannabis for medicinal purposes for years. He kicked his alcohol addiction by growing weed years ago. Since then, he's been a vocal advocate of its benefits.

McCarty will be in attendance from 4 to 7 p.m.