FOX 2 - The Drug Enforcement Administration is reporting an alarming uptick in meth across metro Detroit.

This comes as federal agents are cracking down on the deadly drug nationwide -trying to stop it - before it destroys more lives and communities.

Meth drug trade is making a comeback according to DEA

This comes as federal agents are cracking down on the deadly drug nationwide -trying to stop it - before it destroys more lives and communities.

"Just like we've seen with the opioids, meth will do the same thing," said Kent Kleinschmidt, DEA. "The seizures we are seeing now, are multi-pound."

"The Mexican cartels are flooding the market with cheap meth to try and find new clientele," he said.

Kleinschmidt, the DEA special agent in charge in Detroit, says that loss of marijuana revenue could be contributing to the resurgence of meth across the nation. But he says meth hasn't really been a problem in southeast Michigan - until now.

"In the last three to four months we have made some significant seizures of meth here in Detroit, in parts we've never seen."

The highly addictive drug - brought to Michigan in cars and trucks on I-75 is thrown in with other drugs, or it's tossed in the mail.

FOX 2: "A problem with the opioid epidemic was counterfeit pills and not knowing what was in the pills and if they were laced with fentanyl. Is that the issue you are seeing with this methamphetamine?" 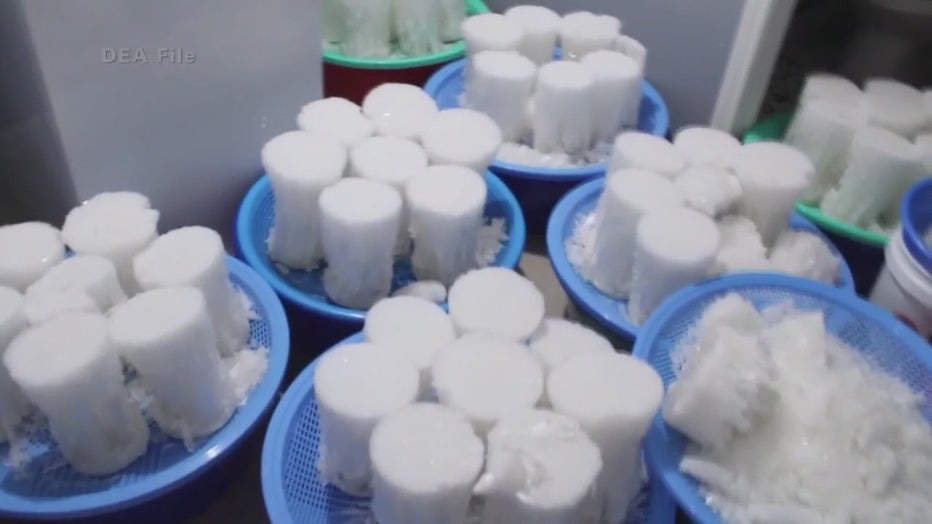 On top of that fake Xanax and other pills are also being made with nothing but meth.

"It's cheap now. They're just flooding the markets with cheap methamphetamine," he said.

Kleinschmidt says the meth coming from Mexico has a higher purity - but what's used to make it, is hard to stomach.

"You're looking at red phosphorus, acetone gasoline, things like that are used to manufacture it."

And the effects of meth, we've all seen it.

"A lot of addicts when they're on it, they will claim to feel bugs crawling all over them so they are picking at their skin all the time," Kleinschmidt said. "In addition, the teeth start rotting and they start to have issues with the saliva in the mouth and the body starts to decay."

While there are still four times more opioid overdoses in the US than from meth, meth seizures in the past year are up more than 147 percent. There are an estimated one million meth addicts in the U.S.

"With the opioid problem were already dealing with, if we can stop this before it even starts, it would be outstanding." Kleinschmidt said. 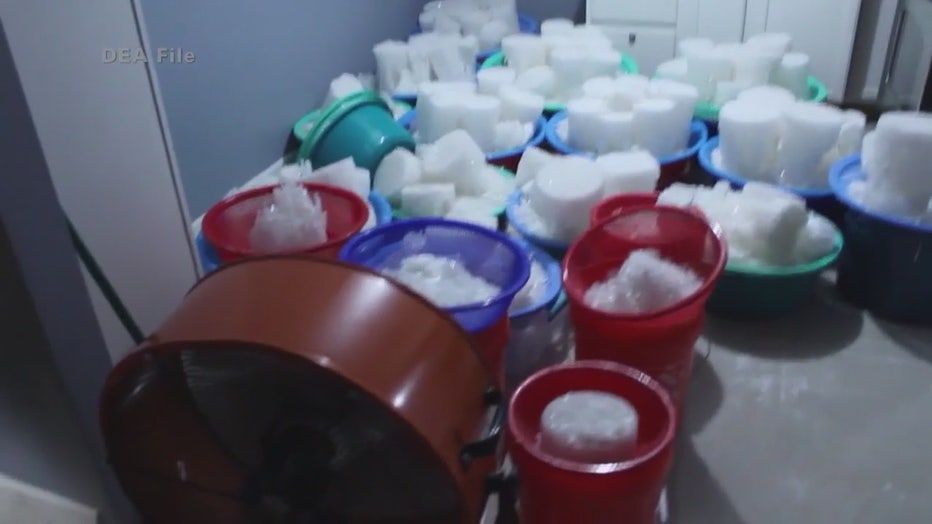