After a traffic crash, he then allegedly ran from the scene Thursday. Investigators released a pair of photos said to be the driver who fled.

ROSEVILLE, Mich. (FOX2) - Roseville police are looking for a person of interest in the suspicious death of a woman in her 60s, found in the back of a pickup truck that cops say he was driving.

After a traffic crash, he then allegedly ran from the scene Thursday. Investigators released a pair of photos said to be the driver who fled.

Police say the body is a 62-year-old woman who lived in Roseville. Investigators say someone out there knows something. The cause of death has not been determined yet.

Roseville Police say it all went down just after noon when officers were sent to Common and Hayes on report of a crash. They treated the scene as such…until making the startling discovery.

"That’s feet out of the ordinary for this neighborhood to have something like that happen," said Shelley Sawyer.

Sawyer could not believe what was happening in front of her house, both in the form of video from her home surveillance system showing the pickup truck and police investigating.

"I’m sitting at work getting ready to leave it’s like, what’s going to happen when I get home? What am I going to see?," she said. "It was unbelievable to witness."

Video from a Twitter page that calls itself Donny Riddle. It shows that person of interest being photographed after the impact and before cops say he took off.

"It’s like, oh a car accident and then started to see on the news there was a body found and it’s like, oh my gosh," Sawyer said. 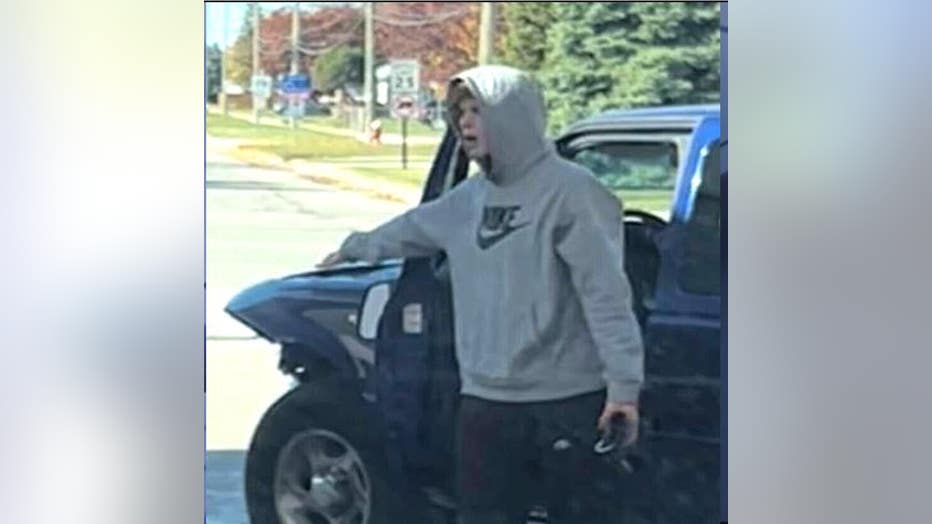