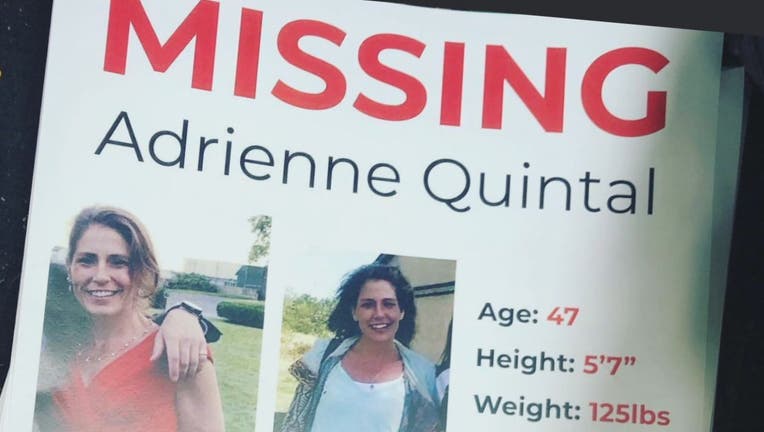 (FOX 2) - The cause of death for a 47-year-old woman who went missing in northern Michigan for several weeks last year has been determined.

The Medical Examiner in Benzie County has ruled that Adrienne Quintal's death was accidental.

Authorities say the cause of death was the combined toxic effects of Methamphetamine and Diazepam, and a contributory cause was hypothermia and environmental exposure to cold.

Quintal's body was found on Dec. 21, 2019 by a dam a few hundred yards away from the cabin where she went missing in October.

Several weeks before her body had been found, the Benzie County Sheriff's Office had said Quintal got into a shootout with two men before her disappearance, adding suspicion to the situation.

Quintal had made a frantic call in the middle of the night to a friend in Warren - the night she disappeared - and described the shootout. Police found several bullet holes in the cabin, but no blood was ever found to indicate anyone had been shot.

Missing for more than two months, volunteer search and rescue teams with K9s helped find the body, along with family members.

"We are heartbroken as the search did not have a positive ending," her loved ones wrote on Facebook the day her body was found.

Foul play is not suspected.