ROCHESTER HILLS, Mich. (FOX 2) - Deputies are looking for a suspect after a Rochester Hills man was assaulted while sleeping in his car early Friday.

According to the Oakland County Sheriff's Office, the victim returned home from work to his condo complex in the 2600 block of Helmsdale near Auburn and Rochester roads and fell asleep in his car before he was woken up by someone tugging on him around 4:30 a.m.

The victim said the man tugging on him had two pistols. The victim and man started fighting and the victim grabbed the guns. Deputies said shots were fired but no one was hit.

When deputies got to the scene, they saw two men fighting, and the victim was yelling, "Who sent you?"

Deputies said two guns were dropped after they demanded that they be. Deputies said one of the .40-caliber semi-automatic handguns recovered at the scene was stolen from Detroit and the other was registered to a Detroit woman. The guns are undergoing an examination at the Sheriff’s forensic lab to determine if they may have been used in other crimes.

The armed man, identified as Marquise Ldarius Pope, 29, of Birmingham, Ala., was arrested. Deputies said Pope had no explanation for why he was at the scene. 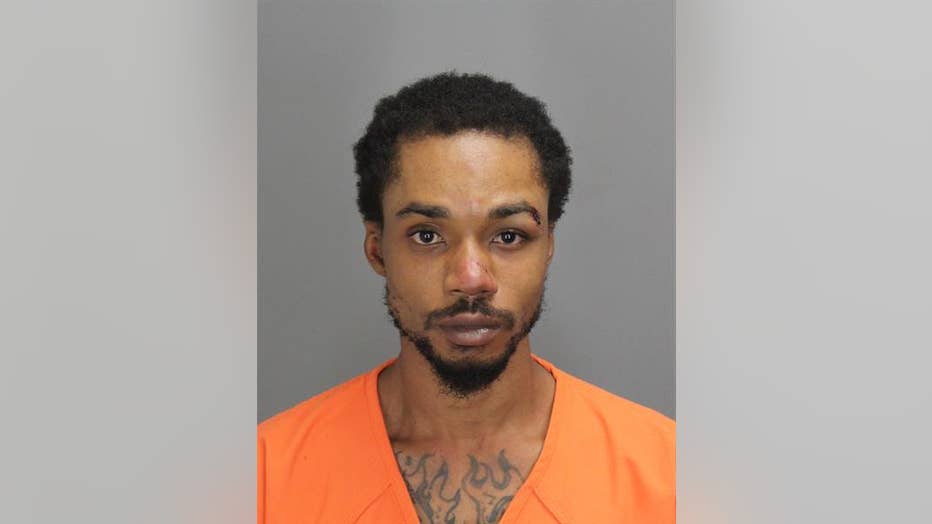 Another person who was wearing dark-colored clothes and a ski mask ran away, deputies said. They are still looking for that suspect.

Pope was charged with assault with intent to do great bodily harm less than murder and possessing a firearm during the commission of a felony. His bond was set at $250,000.

Anyone with information as to the whereabouts of the other suspect is asked to call Crime Stoppers at 1-800-SPEAK-UP. A reward of up to $1,000 is offered for information.