DETROIT (FOX 2) - The activist group Detroit Will Breathe called for an emergency march in solidarity with what is going on in Louisville, and across the country.

Marches all over the US have been held protesting the grand jury decision involving the death of Breonna Taylor, in which one ex-officer was indicted but not for her death.

The activist group Detroit Will Breathe called for an emergency march in solidarity with what is going on in Louisville, and across the country.

Taylor, an emergency medical worker, was shot multiple times by white officers who entered her home on a no-knock warrant during a narcotics investigation. The state attorney general said the investigation showed the officers announced themselves before entering. The warrant used to search her home was connected to a suspect who did not live there, and no drugs were found inside.

The march was peaceful although there was some mild vandalism with graffiti on a few buildings. 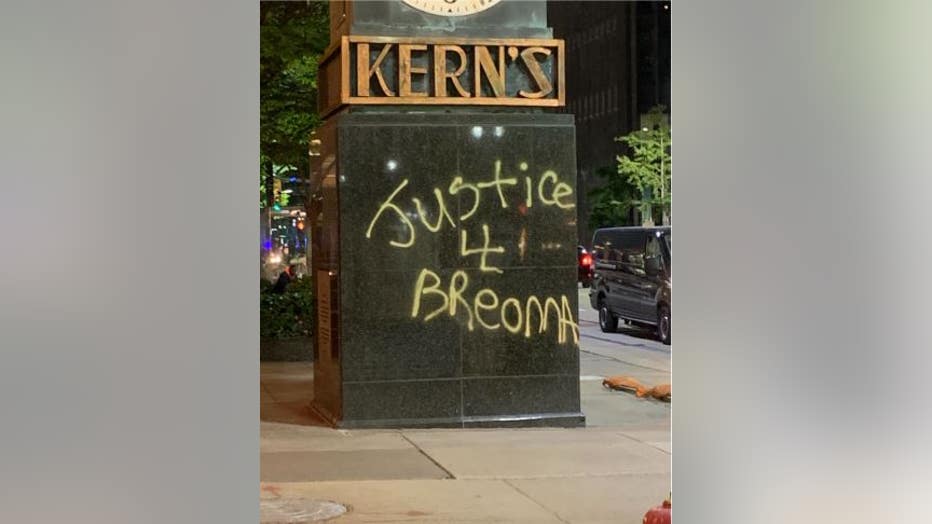 By 10 p.m. some demonstrators lingered outside Detroit police headquarters downtown. But earlier on Wednesday between 200 and 250 people marched as Detroit Will Breathe members say they are re-energized with the court decision from Louisville today.

The group's leader, Tristan Taylor, said he did not plan on any clashes with Detroit police as we've seen in other parts of the country. But Taylor said he wanted to remind police that they are under a restraining order by a federal judge which said that police could not use crowd control tactics like sound cannons, batons, or smoke devices unless in self-defense. 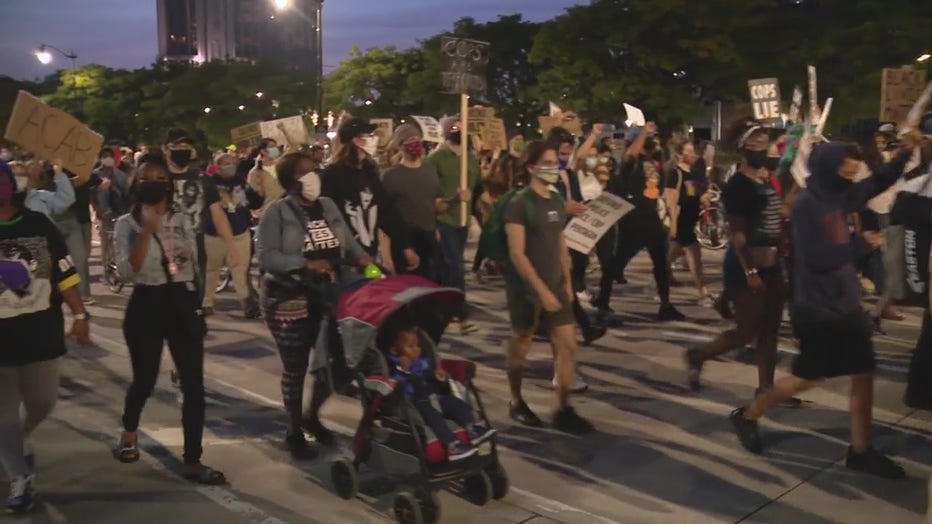 "It is shameful," he said. "The whole way the Kentucky attorney general discussed the case, it really makes me sick to my stomach. And the idea that the wall in her apartment had rights than her life, is pretty outrageous.

"We are here to stand with Louisville."

Detroit police followed the protesters and blocked off some roads to help. There were no clashes with the two sides.

Violence did flare in Louisville Wednesday night where two police officers were shot amid demonstrations. 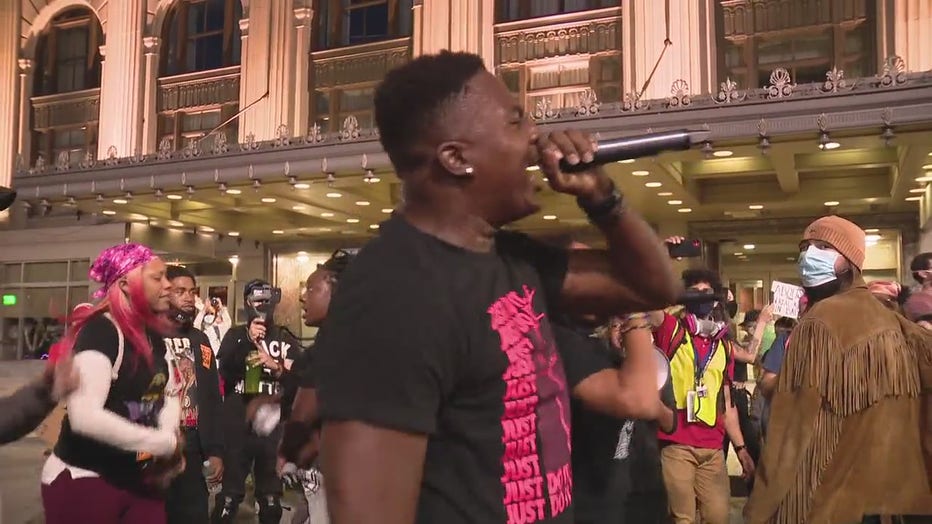 Detroit Police Chief James Craig spoke earlier about the protests:
"We will always support peaceful protests.  I echo the words of the Kentucky AG Daniel Cameron, 'Peaceful protests are your right, instigating violence is not a right.'"