DETROIT (FOX 2) -
As a blast of bitter cold Arctic air covers Metro Detroit, city officials are preparing for the impact the weather will have on the infrastructure.

"Normally we have between five and six watermain breaks a day. This week, we're fixing five but we're getting six new ones," said DWSD Director Gary Brown.

That means having a plan of action in place to handle increasing amounts of water main breaks across the city. Brown said they're going to do the ones that leave people completely out of service first.

He said his department has also shifted all maintenance and repair staff to water main and fire hydrant repair assignments as more breaks are likely to take place across the city, not only because of cold air but also because of aging infrastructure. In January 2018, DWSD had 313 water main breaks due largely to cold weather, compared to 160 in January of 2017.

Brown said as crews work to make repairs.. His department is asking for the public to have patience

"We'll get everybody back in service but it may take a little longer than it normally would," he said.

Brown also wants citizens to help out. If you are in the City of Detroit and see standing, running or gushing water on any street, call DWSD immediately at 313 267-8000 -- push 5 to head directly to dispatch, who will send someone out to take a look. 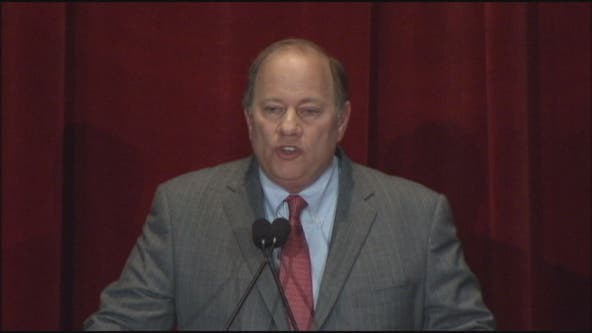