DETROIT (FOX 2) - A Detroit couple built a family business selling medical supplies and rented out their building at Livernois and McNichols on the city's west side.

But the water flow becoming worse after they say the Detroit water department did construction nearby.

"Look at the mold growing on this box. look at the destruction of their life's work," said James Rasor, attorney. There's hundreds of thousands of dollars’ worth of damage. The building may be a total loss."

In a lawsuit filed against the city and the Detroit Water and Sewerage Department, Cheryl Anderson-Small and her husband, Wilbert Small, Jr. say as they began to rent out the building to a business owner through Motor City Match in 2016, they noticed trickles of water coming down the basement walls.

But the water flow becoming worse after they say the Detroit water department did construction nearby.

Cheryl says the water is still flowing and has gone as high as four feet. The couple is forced to drain it twice a week.

FOX 2: "Do you know where the water is coming from exactly?"

"Well, we're not allowed to dig up the street, Rasor said.

The couple says they've called the city and water department more than 100 times trying to resolve the issue even turning off the water in the building in January of 2017.

"And the water still kept flowing and they kept saying we don't know why," said Cheryl.

The couple says in June of 2017 - DWSD determined - in five separate tests - that the water leaking into their building is city water.

"They know where the water line is. Get out there and dig it up," Rasor said.

But a spokesperson with the water department tells FOX 2 Friday - that DWSD has been to the couple's building on several occasions.

The water department also says the cause of the leak is likely from faulty plumbing or the building's foundation. But the couple's attorney, James Rasor says no way.

"We can't do anything about it. we turned off the water in the building - and that was done a long time ago," Rasor said. "The source of the water is not us."

The couple is not giving up and demanding compensation for all they've lost - and continue to lose.

"Fix this. Fix this now. Fix this tomorrow," Rasor said. 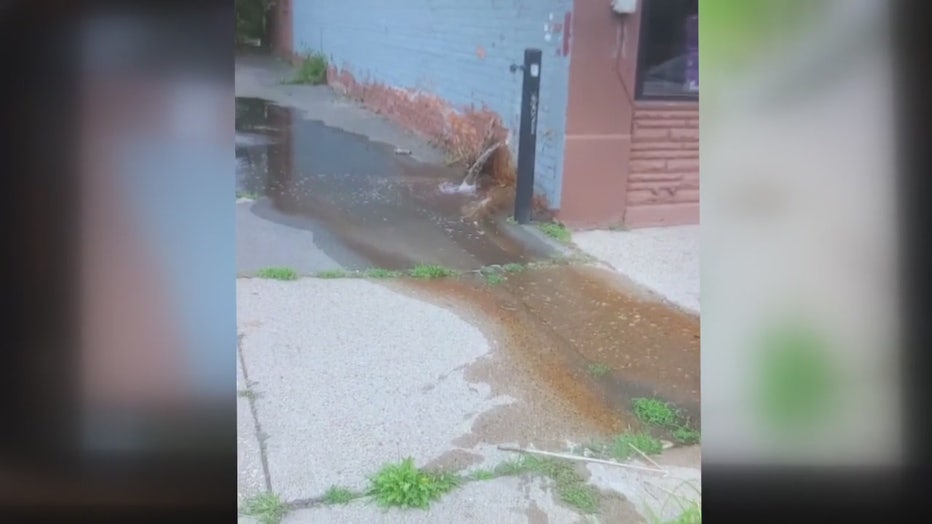