DETROIT (FOX 2) - A crew of crooks stole a car from a dedicated employee of the Detroit Dog Rescue - and all the much-needed donations locked inside.

On video why is someone's feet sticking out of the window of a white Ford Fusion?

While they were walking the rescues a group of thieves driving this tan sedan stole the shelter managers car in a matter of minutes.

"The disrespect - we have never had that at DDR," said Kristina Rinaldi.

Their shelter team got to the facility early to take care of the dogs. While they were walking the rescues, a group of thieves driving this tan sedan stole the shelter manager's car in a matter of minutes.

It was parked right in front of the shelter on Harper Avenue in Detroit.

"This is something they do professionally popping out that back window, sliding in, taking off with the car in neutral and pushing it into the neighborhood across the street," said Rinaldi.

She suspects the car thieves pushed the vehicle into a nearby garage where it is being chopped up and sold for parts - but that's even the worst part.

Not only did they steal the faithful employee's mode of transportation - they got away with all of DDR's donations that were inside at the time.

"Our shelter manager Kristin, it was her car, Kristin transports all of our donations from our utility house to DDR - so the food, leashes, treats, everything was still in the car including her hiking boots and a few other things we are going to try and replace for her for Christmas."

Rinaldi was so disgusted by this heinous act she posted the video of the caper on Facebook hoping someone will recognize the suspects and call police.

For an organization that mainly depends on donations - they also hope someone will find it in their hearts to help replace what was taken.

"Everyone thinks DDR can always make it happen," Rinaldi said. "But it really is a struggle. Every single day to feed the dogs and fill those food bowls."

If you want to donate at https://detroitdogrescue.com/ 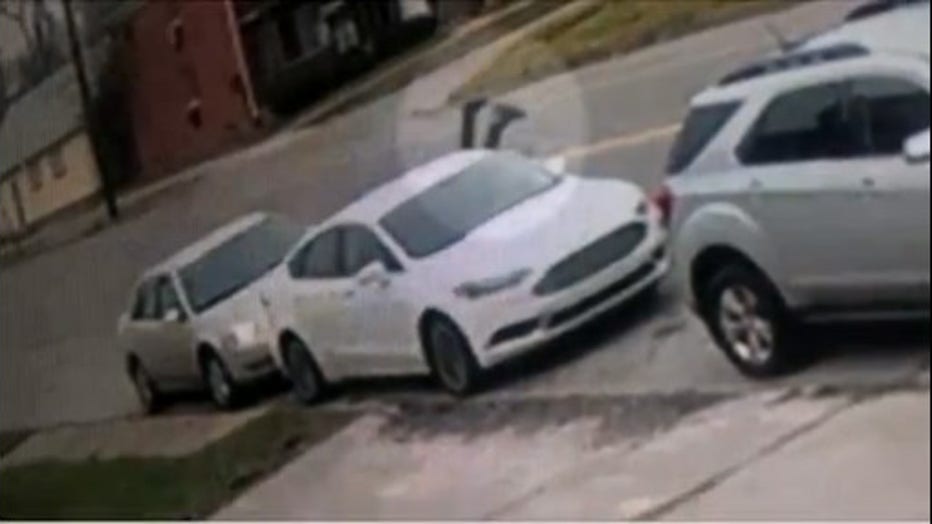