DETROIT (FOX 2) - There was no way Jessica Bursie and her husband Tony could stay silent about illegal tire dumps at abandoned houses in their neighborhood on Detroit’s west side --- Wildemere and Davison to be exact.

"Anyone who knows me knows that if you’re throwing trash out of your window - I’m saying something about it," said Jessica Bursie.

"We got some children they walk to school - it’s dangerous," said Tony Bursie.

Coincidentally, the sprawling dump is right behind a used tire shop. Jessica and Tony tried to get answers from workers Thursday and as they walked away recording the mess.

They say the owner's son drove right up to Jessica, almost as if he would hit her-prompting a heated exchange.

"I was angry," said Jessica Bursie. "I was very, very angry because, one, I’m a woman; two, you’re a man. I’m walking, you’re in a vehicle and you’re going to point you’re pointing the vehicle directly towards me."

FOX 2 spoke with the owner by phone who said he would kick his son’s blank for that stunt with the truck and that his shop did not dump these tires.

"I’m 100 percent sure. He would never do that. He’s not that type of person," said John Croft who said his son did not dump the tires.

John Craft owns Davis Appliance which is across the street from the tire shop in question.

"I know there are some other tire shops around here that would want to make him look bad and put them right back there and he’s not doing that," he said. "I can guarantee 100 percent. He has one of those big trucks that pull up and they discard the stuff and they pay them to take them away."

Whoever is responsible for this mess, Jessica and Tony have this message. 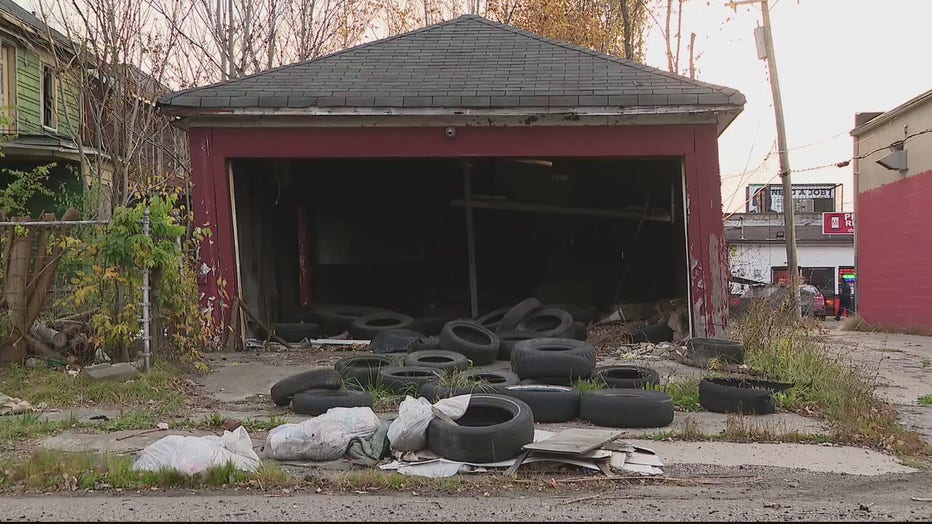 "Clean this mess up," Jessica said. "Clean it up."

FOX 2 reached out to the city of Detroit about this tire dump. they say they’re going to look into it and get to the bottom of this situation.