DETROIT - A preliminary investigation from the Detroit Fire Department said that three of its emergency responders were hospitalized after a fire rig crashed into a gas station. 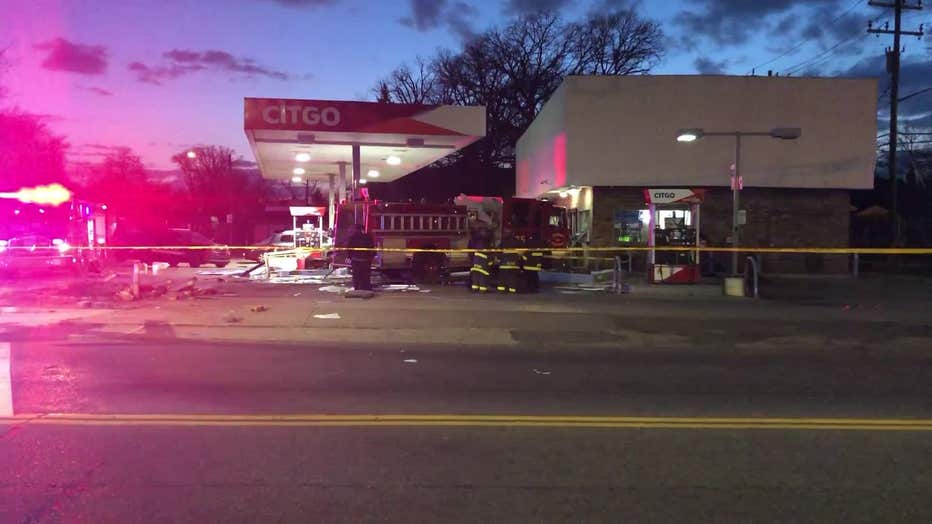 The fire department said one of its fire trucks was traveling westbound on Outer Drive with its lights and sirens activated when it collided with an SUV at the intersection of Dequindre Street.

The initial crash set off a chain reaction that caused the fire truck to crash into another vehicle before slamming into the side of a gas station.

The incident happened around 6:50 p.m. after an emergency crew was dispatched to a scene on I-75.

As the truck approached the intersection, a Lincoln Navigator traveling through it was struck on the passenger side, sending it careening toward a lamp post at the corner of a Citgo gas station.

The fire rig then ricocheted right toward a Dodge Ram van that was parked at a gas pump. The collision sent the rig into the wall of the gas station while the van was spun around one of the structure's pillars. A fire ignited in the process.

While more details are in question, a witness said that the Lincoln that was in the middle of the intersection did have a green light as it was traveling.

At Dequindre and State Fair Wednesday, a chaotic accident unfolded and luckily there were no fatalities or serious injuries.

At the time, Detroit police said it was unclear who was at fault.

A total of seven people were injured, however, they only sustained minor accidents and all of them were expected to be okay.