A chaotic crash could have been much worse Wednesday after a Detroit fire rig was sent careening into an east side gas station pump.

DETROIT (FOX 2) - A Detroit fire truck was hit by an SUV and plowed into a gas station at Dequindre and State Fair Wednesday night, injuring seven people including three firefighters.

A Lincoln Navigator crashed into the rig at the intersection sending it careening into the gas station pumps, striking another vehicle before coming to a rest in front of the station store. Video below courtesy of Metro Detroit News Instagram page.

A trail of wreckage could be seen at the Citgo, with the rig resting against the building. Luckily all of the seven injured are expected to recover from minor injuries.

A witness told FOX 2 that the Navigator SUV had a green light when it collided with the fire truck responding to a call on I-75. The SUV then hit a light pole and the fire truck crashed into a gas pump and parked van.

"It was just a blind-side accident, but he was in the right." 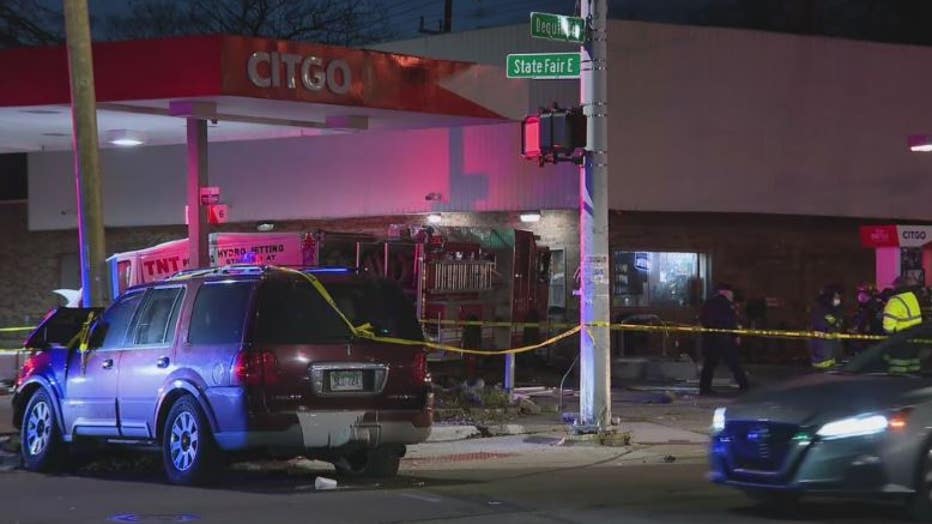 Detroit police say it is unclear who is at fault at this point in the investigation.