After being run over, Detroit business owner gets back to her food truck

Karla Willis, the co-owner of Detroit Mini Donuts, had to learn how to walk again after a man followed her and ran her over because she honked at him for drifting into her lane. Now, she's back to work thanks to a team who supported her recovery.

DETROIT (FOX 2) - After honking at a driver who drifted into her lane last December, the man followed Karla Willis and ran her over.

"He decided to follow my vehicle, follow me to my company, wait for me to get out, and then run me over," she said.

"She broke both her legs kind of below the knees, it's called a tibia plateau fracture. She doesn't have an ACL on her left side. She did hit her head, but she did not lose consciousness," said Jared Kurdunowicz, with the Rehabilitation Institute of Michigan. "She's had a whole team gather around her and just encourage her to be the amazing woman that she is. Every time it's like, ‘I’m not letting this break me. I grind."

Kurdunowicz is one of the many people who have helped Willis recover and get back to her donuts. 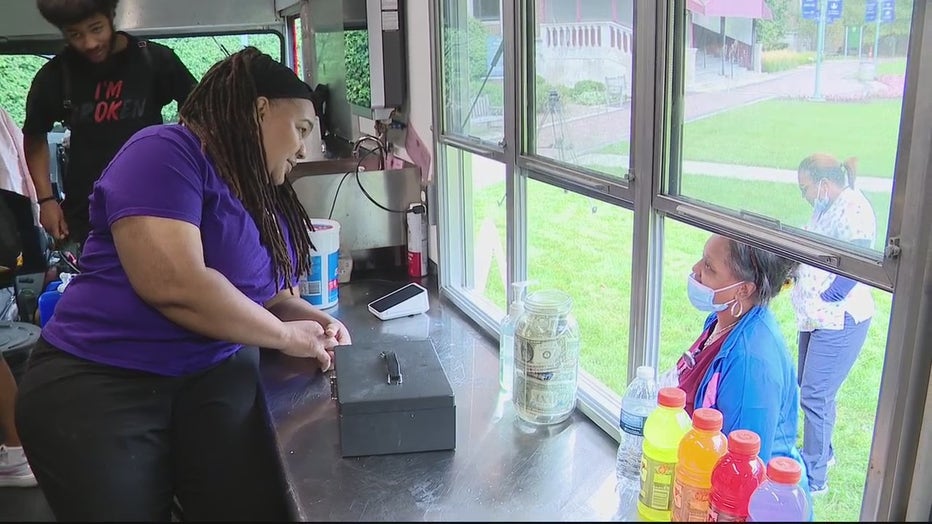 With the help of her business partner, her children, and her team at DMC, she's been able to do just that, but it hasn't been easy. At one point she passed out from the pain in her back. She learned to walk again, though, taking her first steps on her birthday.

"It was a very painful birthday gift, but I was very proud," she said.

But surgery, pain, and physical and occupational therapy weigh on the body and mind, and trauma and recovery are mentally and emotionally exhausting.

"Thank goodness Jared saw some things in me and made sure that I also spoke to a therapist about that because it was very hard for me," she said. "I call all of my therapists my squad, and they all came out to show me such tremendous love."

Now Willis is encouraging others who are struggling.

"Talk to others and motivate other patients, and so we have patients that are having real rough days and we're like, 'Just come talk to Karla,'" Kurdunowicz said.