An hour-long tour of Detroit by jet ski? That was the vision that Khalilah Turner had when she and her husband got married in 2014. After years of penny pinching, the dream was realized in 2015. Now, the business is growing and the company is moving its dock to Belle Isle.

And in the latest evolution for the sightseeing business, Turner and her husband just won a contract to move their base of operations to Belle Isle.

"So this is real time history in the making," she said. "Who wouldn't want to be a part of that?"

While helicopter rides and bus tours can take people through the city, only by skirting the coast can individuals see Detroit by water. It's a dream that was born in 2014 when Turner and her husband were cash-strapped newly-weds.

They couldn't afford a honeymoon at the time. Instead, they remember eating baloney sandwiches and drinking champagne while watching the Detroit River Front activity. 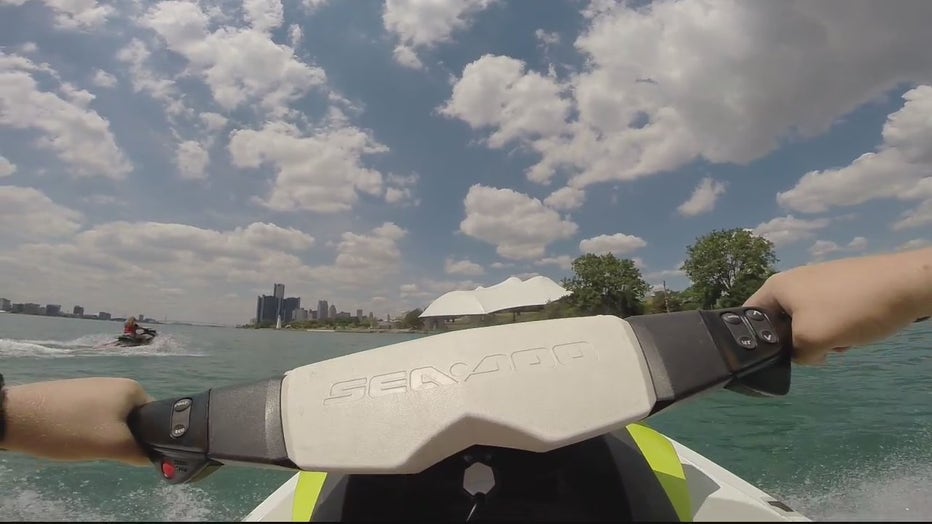 "We were broke and we were sitting in Hart Plaza watching everybody ride their jet skis and there was no place to rent them, so we were like ‘you know what, when we get back on our feet, we’re going to bring Miami to Michigan,'" Turner said. "We are going to start the first jet ski business in the city of Detroit."

With the move to Belle Isle and a fleet of jet skis at their disposal, the future hasn't looked brighter.