City of Detroit seeking local businesses to do contract work

It's an opportunity that's open to so many contractors in Detroit - big and small - the city trying to get the word out to more local companies - Detroit wants to do business with you.

DETROIT (FOX 2) - Toneka Harris patrols Chandler Park - she's worked in the security business for the past 10 years - and is now the accounts' manager with Inter City Protective Services on the east side.

"I started as a guard working at a construction site and worked my way up to the city of Detroit," she said.

The owner, Chief Randolph Hicks, has been in the business for 40 years, but only recently began contracting with the city of Detroit.

The city's efforts to contract with Detroit companies - minority businesses - means a growing opportunity for people like Randolph Hicks.

"We currently have 50 employees - and 10 cars," he said. "And I think today - it's going to be 10 more people and two more cars. So it's growing - and I love this opportunity that they're giving me."

It's an opportunity that's open to so many contractors in Detroit - big and small - the city trying to get the word out to more local companies - Detroit wants to do business with you.

"From public health and safety to transportation, to neighborhoods, to our parks and recreation centers, to our health care programs and so forth," said Boysie Jackson.

Jackson, the chief procurement officer, says the city has about $5 billion in contracts, as well as $800 million in American Rescue Plan funds. He says they're trying to make it easier for smaller businesses to bid on contracts - to have access to loans and financing and to get paid faster.

They want companies to know what documents, forms, and licensing, will give them a leg up.

There's a lot to know and now the city is holding a Minority Business Summit this Saturday, that will answer a lot of questions.

"We're going to talk to you about certification - so anything you need to know about learning to do business with the city of Detroit this is a great opportunity for you to come," said Toni Limmitt.

The event is Saturday at Wayne County Community College or via Zoom. And who knows - contracting with the city could be a great opportunity for growth - like it's been for Inter City Protective Services and the people who work there.

"I'm going to hire as many people as I can - because I want to see Detroiters take money home to their families," Hicks said.

"We've been doing this for 40 years and our boss has been dedicated to making sure Detroiters are really working," Harris said.

"I need more Detroiters to come work for me," Hicks said. 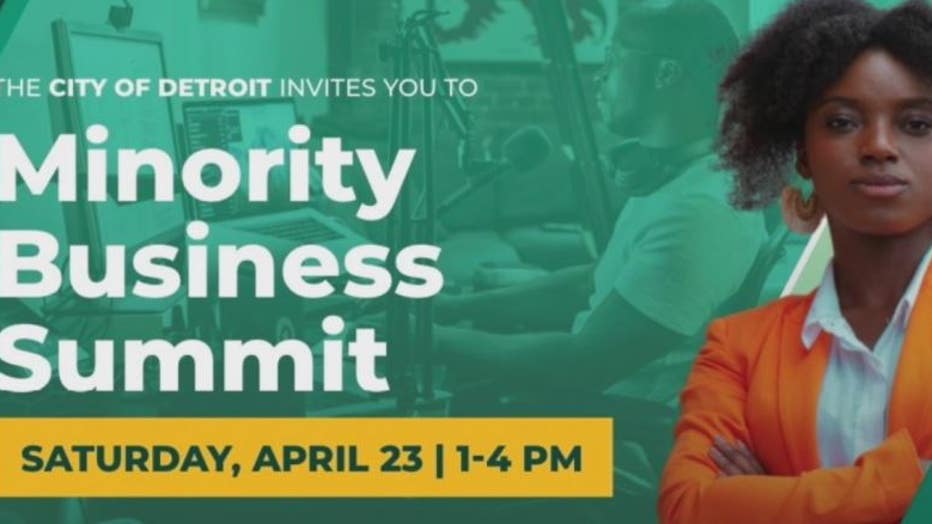