The restaurant was considered a total loss after a blaze tore through the building, burning everything in its path. Only the fire wall kept it from spreading.

DETROIT (FOX 2) - The scene in Midtown was a solemn one Friday morning, with a thick haze concealing the damage that one of the neighborhood's most popular restaurants sustained.

Once it cleared, it was obvious that Traffic Jam and Snug was a total loss. The owner of the iconic business was at a loss for words when she heard the news.

"It's sad for an occupied restaurant or any business go this way," said Detroit Fire Battalion Chief Byron Jaracz.

"It was really thick black smoke coming out of roof. It smelled horrible and just the parking lot was filled with smoke," said Tara McManus, who works at the nearby brewery.

She was one of the first to call 911 about a massive blaze that had broken out on Cass Avenue.

On fire was the popular eatery that had been open for almost 60 years and Michigan's first brewpub.

Calls started coming in around 2 a.m. Fire crews remained at the scene for hours trying to get it under control. Cellphone footage from above fire showed the extent of the blaze and what crews were up against.

"I was actually laying down and I was like ‘why does that sound like a fire?’ and that was it," said Karen Gordon, who lives nearby.

Crews did have some good news to report: there were no injuries. The fire's spread was also contained by a fire wall that separated the building from the nearby Shinola store.

But the fire means about 20 people are now without a job.

"I feel like I lost a really good old friend today I still just don’t believe that it burned down," Tara Gray said.

Gray, who owns jam business Gus & Gray, started working at the restaurant in the late 1990s, and began her jam business in the back kitchen.

" I used the back prep kitchen on the off hours to get it going, and I’ve taught jam classes there and supply jam for the restaurant," she said. "I really owe a lot of personal growth and business growth to Traffic Jam and the people there." 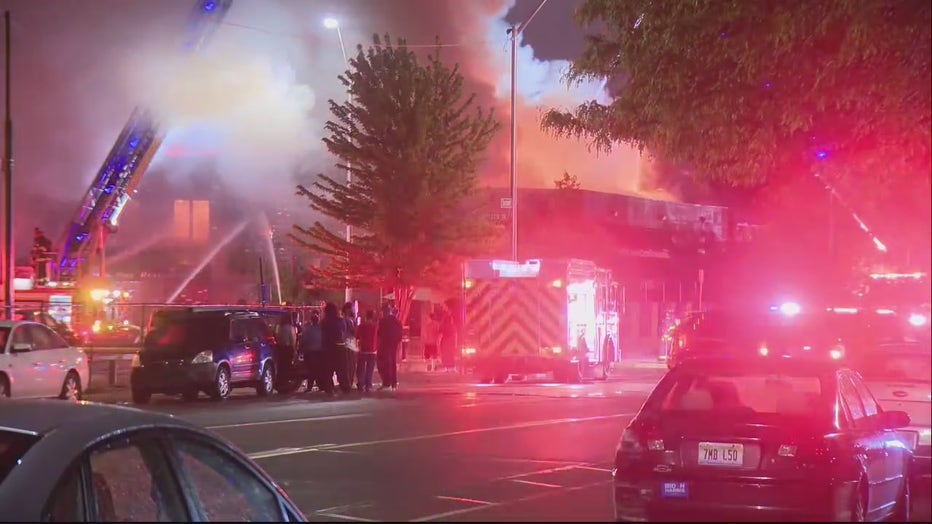 "It's a neighborhood institution. Wayne State students stop by here, neighbors stop by here, it's been here for so long," McManus said. "It's just a loss for the community absolutely."

A fire early Friday ripped through Traffic Jam & Snug. The restaurant in Midtown Detroit was the state's first brewpub.