Raphael Wright is raising money to rehab a liquor store into a grocery store on Detroit's east side.

Raphael Wright is determined to change that by opening a store on the east side, and he's been crowdfunding to make that happen.

"We can create any business that we want, the way we want as Detroiters. This is the start of that model," Wright said.

Hundreds of investors who put at least $50 toward opening Neighborhood Grocery will have an equity stake in the business that will occupy a defunct convenience store on the corner of Essex and Manistique in the Jefferson-Chalmers area.

An old liquor store on Detroit's east side is being rehabbed into a grocery store.

"That $50 goes towards the development and operations of the business," Wright said. "As we break even on the investment, you will then receive annual interest."

"Having people in the community, predominately African Americans, owning and controlling businesses like grocery stores and food processing plants, it helps the money be reinvested in the community as opposed to being extracted out," Wright said.

Wright will also sell produce from a community garden about five minutes away from the store. He is also creating a delivery service. 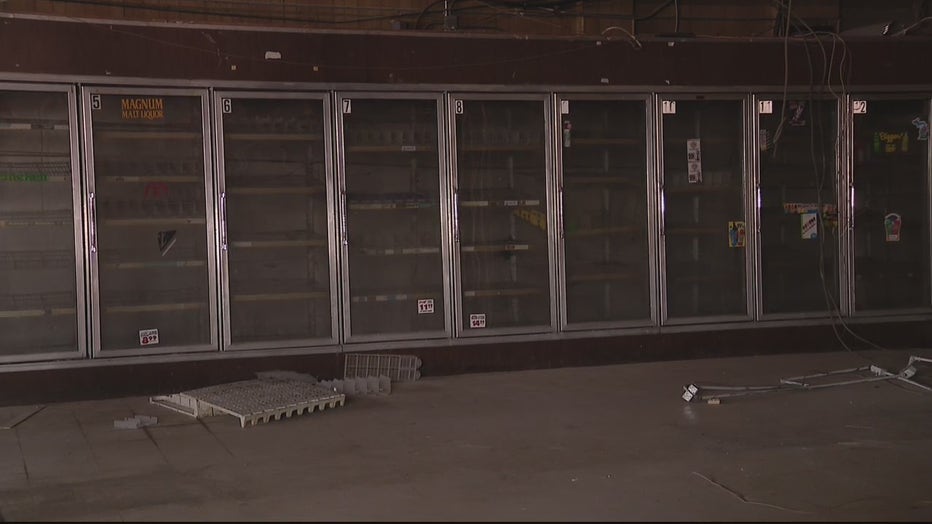 Raphael Wright is transforming this empty liquor store into a grocery store in Detroit.

"We’ll be able to expand our footprint outside of Jefferson-Chalmers," he said.

Wright said his business model was designed to be replicated so other neighborhoods could benefit from it.

"Development has skyrocketed in Detroit but Detroiters have been locked out many of those opportunities, so having an equity stake in this business as a neighbor or a community member allows you access into a development," Wright said.