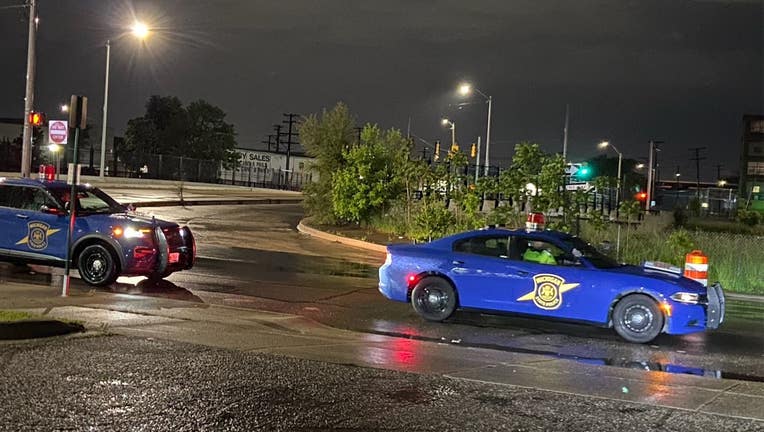 HAMTRAMCK, Mich. (FOX 2) - Police responding to calls from a hospital that was treating a gunshot victim in Detroit are now investigating a freeway shooting on I-375.

The man, a resident of Detroit, told police he was shot by someone driving in a black Dodge Durango that he believed had been following him earlier in the evening.

The investigation shutdown traffic on I-375 for hours to search for shell casings.

The incident happened around 12:30 a.m. after the dispatch center got a call from Henry Ford Hospital. As is policy anytime a hospital treats someone with a gunshot wound, they must contact police.

Responding officers were told by the 30-year-old victim he had been driving in the area of 555 Brush Street in downtown Detroit when he first noticed the Durango following him. As a precaution, he pulled into a Speedway gas station and watched the vehicle pass by.

After driving away, he entered I-375 north. While in the exit lane to Caniff Street, the Durango appeared again. It pulled alongside the victim and someone began shooting at him.

The victim told police he turned around and headed toward the hospital after being struck. While in route, his vehicle broke down. He flagged someone down who then took him the rest of the way to the hospital.