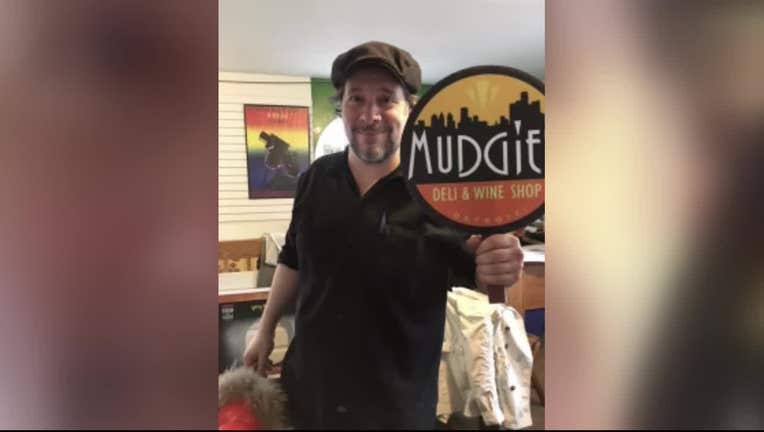 DETROIT (FOX 2) - A memorial will be held Sunday in memory of Greg Mudge, the owner of Detroit's popular Mudgie's Deli.

His memorial will begin at 12:30 p.m. Sept. 19 at Dean Savage Park. The Detroit Party Marching Band and Gabriel Brass Band will lead a march to Mudgie's in Corktown, where the Monsignor of Most Holy Trinity will speak at 1 p.m.

After, there will be food and music from DJs outside of the deli. Attendees are asked to bring masks in case the event is crowded.

Popular owner of Mudgie's in Corktown, Greg Mudge, dies at 46

The owner of longtime Corktown staple Mudgie's Deli and Bar, has died.