WARREN, Mich. (FOX 2) - A Detroit Police Officer was convicted in Macomb County for a $530 dine-and-dash at a Japanese steakhouse on Mother's Day last May.

Rochelle Mayberry was convicted of defrauding an innkeeper for the huge bill at Sagan's Japanese Steakhouse in Warren on Mother's Day 2019.

Video from a camera at a Warren Japanese steakhouse shows a party of ten who split a Mother's Day meal and then left without paying.

She had pleaded not guilty to the charges and went to trial this week. Jurors in the 37th District Court founder her guilty of the misdemeanor charge.

Mayberry was part of a party of ten that racked up the bill and then asked for separate checks - before skipping out on the payment on Mother's Day.

The Mother's Day meal for the party of 10 was all captured on video and when they asked for five bills, the server returned but they were all gone.

The day after FOX 2's original story aired - someone came to Sagano and paid that big bill saying to restaurant staff that they were a 'friend' of the party who walked out. 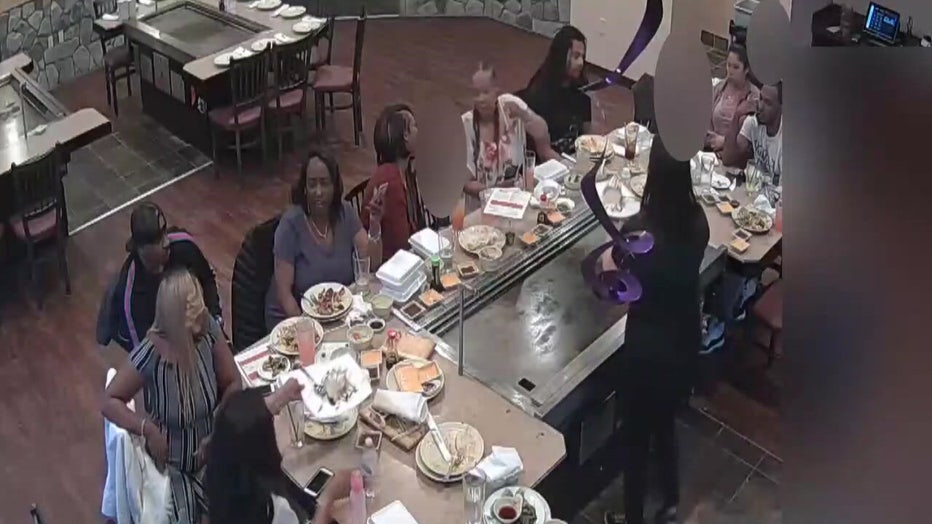 Detroit Police Officer Rochelle Mayberry was convicted of a misdemeanor for walking out on a $530 Mother's Day bill at a Warren restaurant.

"The fact that none of them - particularly a law enforcement officer - didn't think it through and say maybe we shouldn't do this," Smith said last week.

Mayberry claimed she thought someone else in her party had paid the bill.

She's due back in court on January 30 for sentencing, which could be up to 90 days of jail time.