At The Ark on Detroit's west side, they've been targeted at least five times over recent weeks by someone trying to break in. Most recently, they had some valuable equipment stolen - which the pastor then had to buy back.

DETROIT (FOX 2) - In the span of one week, the Ark Detroit on the city's west side was targeted by thieves at least five times. The most recent crime resulted in thousands of dollars worth of equipment being stolen, which the pastor then had to buy back from the pawn shop.

Boyd White III is the pastor at the Ark Detroit. On Monday, his church has several broken window panes and is boarded up in many places. It all serves as a reminder about the break-ins.

"It was a very harrowing and frightening experience for the church to go through," White said. "Someone had to break into that window and jumped down to the ground because they couldn’t fully get into this window."

In the last week, White said thieves have broken in - or tried to - on five different occasions. They've taken a keyboard, speakers, projectors, and more.

But it was more than property that they stole from what should be a sanctuary.

"Just the peace of mind of having a sense that you’re in a place where your semi-protected that’s gone," he said.

White hired 24 hour security and then ultimately found some of the stolen equipment at a nearby pawnshop. But he was in for a shock when he learned they wouldn't just give his items back to him.

"Based on my understanding of the law the pawnshop owner has no obligation to give that property even to the police the next option is the individual can file for a court intervention," he said.

White couldn't wait and had to buy the keyboard. 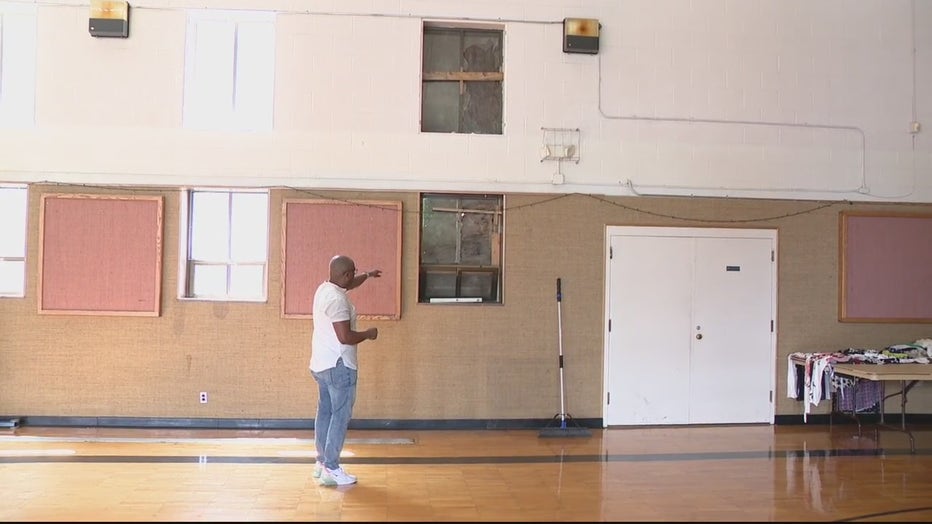 "I need that keyboard back immediately I don’t have time to wait four months for a court to intervene," he said. "We ended up purchasing back some of the items that were stolen from us.

White wants the law to be looked at and reviewed.

White said the church will continue helping and hosting clothing and backpack drives.