DETROIT (FOX 2) - One person has been arrested and police have a lead on another suspect after a video surfaced of a driver turning donuts on I-94 in Detroit on Sunday night, completely blocking traffic.

Detroit Police Chief James Craig said around 8:10 p.m. Sunday night, a red Chevrolet Camaro was doing donuts in the middle of I-94 in Detroit with other vehicles blocking traffic, causing it to back up. He said the incident lasted between 10 to 15 minutes.

James Craig, Detroit's Police Chief, told reporters Monday that they have a strong lead on the driver of a red Chevy Camaro, which was captured on footage doing donuts on interstate 94 Sunday night.

A video of the incident surfaced and was posted across multiple social media accounts.

RELATED: Drivers turn donuts on I-94 in repeat of 'On the lodge with it'

Craig said a suspect in the incident has since been arrested. He was not the person driving the Camaro but rather one of the vehicles blocking traffic.

That driver was arrested for a separate incident on Nov. 10 at Rosa Parks and Ferry Park. Detroit police said that the suspect was participating in turning donuts in a Challenger and hit a pedestrian, who is now in critical condition still recovering in a local hospital.

He was charged with two counts -- failure to stop at a scene of an accident resulting in serious impairment or death, and reckless driving causing serious impairment of a body function. The felony counts are punishable by up to five years in prison and/or between $1,000 - $5,000 fines, Craig said.

"We take it serious, and we're going to continue to investigate and approach just like any other violent crime. This is a significant public safety issue," Craig said. 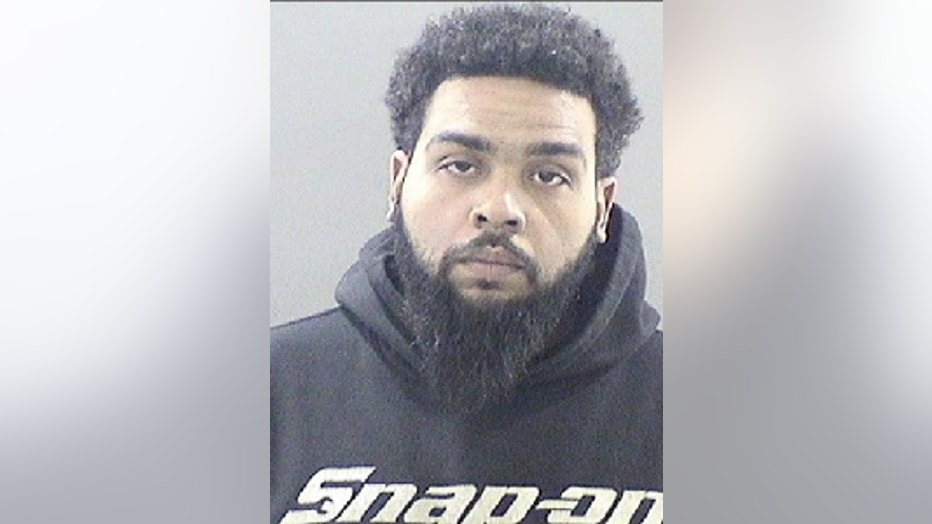 Craig said no one was injured in this incident.

A similar incident happened on July 1, when a video of a car doing donuts on the Lodge Freeway went viral -- the person taking the video saying, "We on the Lodge with it". The person recording Sunday night's video repeated this phrase with "We on 94 with it".

Those involved in the videos have been covering their license plates, but Craig said they have a substantial lead on who the driver of the red Camaro may be.

Craig said he plans to seize the arrested suspect's Challenger and turn it into a police car.

While the department would rather be working on more violent crime, Craig said these incidents are a serious public safety concern -- these are not professional drivers.

"Imagine blocking a freeway and engaging in this 360 burnout sideshows and the car loses control, flips the median and falls into oncoming traffic - it could happen," he said.

Detroit police said there have been other accidents involving this type of driving where pedestrians have been hit, but they do not come forward.

Craig said loosely, he believes there is possibly a group that gets together and decides where to go to routinely engage in these 360 incidents.

Anyone with information is asked to contact police or call Crime Stoppers at 1-800-SPEAK-UP.