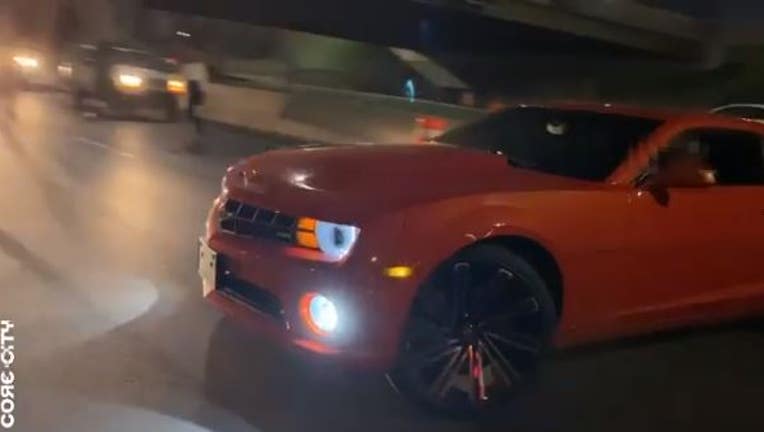 Drivers do donuts on I-94 in Detroit. Image: Instagram/Corecity

DETROIT (FOX 2) - It's happened again. A little more than five months after reckless drivers stopped traffic on the Lodge Freeway in Detroit to turn donuts, drivers did it again Sunday night, this time on I-94.

In a video posted across multiple social media accounts, a red Chevrolet Camaro was doing donuts in the middle of I-94 in Detroit while traffic was blocked and backed up. In the video, onlookers got fairly close to the Camaro, at times getting close to getting hit by the car.

It's not known exactly where on I-94 the donuts were pulled.

Back on July 1, video went viral that showed donuts on the Lodge Freeway while the person getting the video said "We on the Lodge with it".

The person recording Sunday night's video repeated this phrase with "We on 94 with it".

FOX 2 has reached out to Michigan State Police and Detroit Police for a statement on Sunday's events.