DETROIT (FOX 2) - Detroit police were at the scene of a barricaded gunman in the 9000 block of Coyle Street, north of Joy Road on the city's northwest side Thursday night.

At 10:30 p.m. the suspect came out and surrendered to police peacefully.

At 10:30 p.m. the suspect came out and surrendered to police peacefully.

Crisis Response and hostage negotiators were at the scene where the 24-year-old was holed up alone.

The man allegedly had fired at a 19-year-old woman and her sister who went to his house to collect money for childcare at 3 p.m. today. Both women fled and were uninjured.

Police were asking for residents to go into the lowest point of their homes and shelter in place and have the area blocked off at Orangelawn and Coyle.

"The suspect has criminal convictions in his past but nothing of violence," said Cmdr. Darin Szilagy. "We briefly spoke with the suspect earlier in the night and the phone went dead." 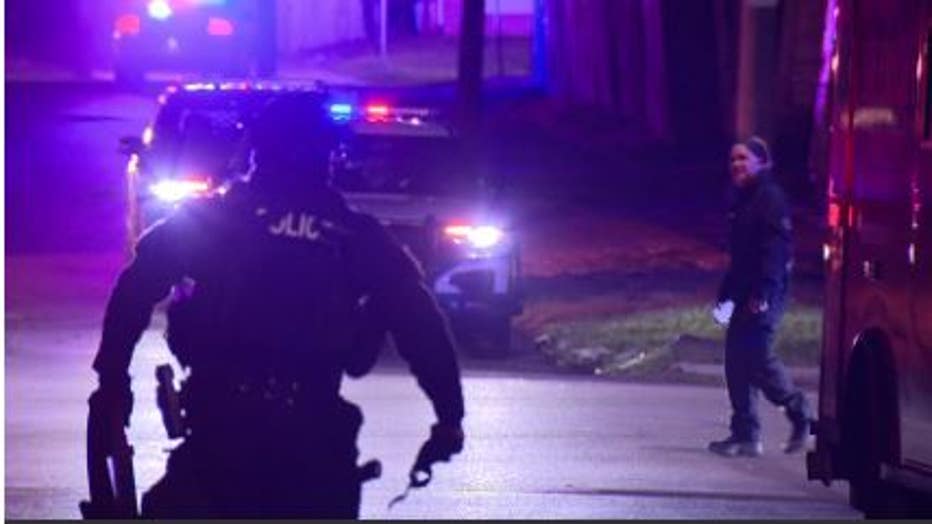 Szilagy said the man lives with his current girlfriend who was not in the house. During the verbal argument with his ex, police say he then fired one shot in the air and second one at her before they fled.

He said police would give the suspect every opportunity to surrender.

"We are asking this gentleman that this is something we can work through," Szilagy said. "Please consider surrendering to our officers, the court system is very generous in this town. I give you my word we will take you into custody safely."