DETROIT (FOX 2) - A suspect has died after a crash under a semi-truck while fleeing from police Tuesday afternoon at the Detroit-Grosse Pointe Park border.

A 22-year-old man is dead after crashing into a semi-truck at the Detroit and Grosse Pointe border.

The 22-year-old driver of a Dodge Charger had been speeding before crashing under the trailer of a semi-truck at Conner and Jefferson after fleeing from Grosse Pointe Park police.

The circumstances of the crash are still not known as to what sparked the police pursuit.

The family of the suspect is grief-stricken after learning what happened.

"My sister who is his mom called me," said the woman who said she was his godmother. "I left work and I'm not thinking he's gone because I was hearing everyone was in the ambulance. Then I saw the people around the car and they said the man is gone. The baby in there is dead." 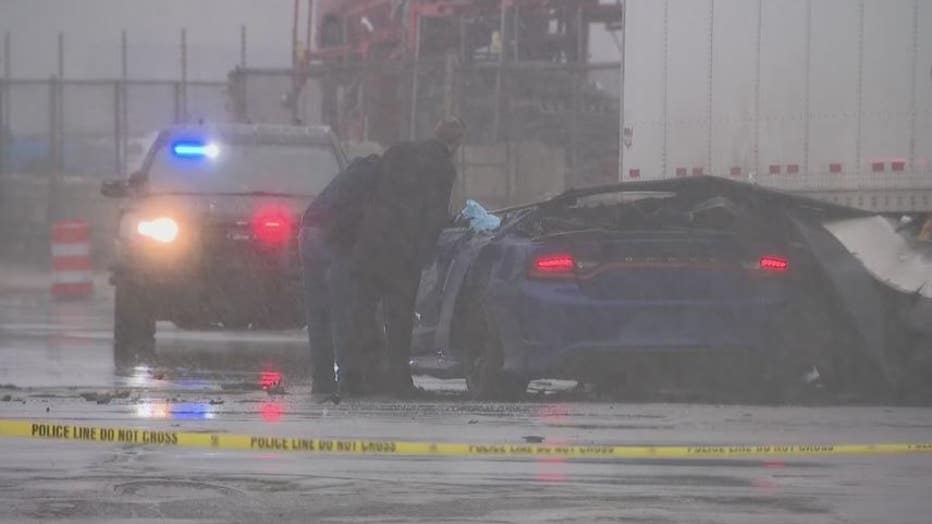 This is a developing story stay with FOX 2 for more information as it becomes available.