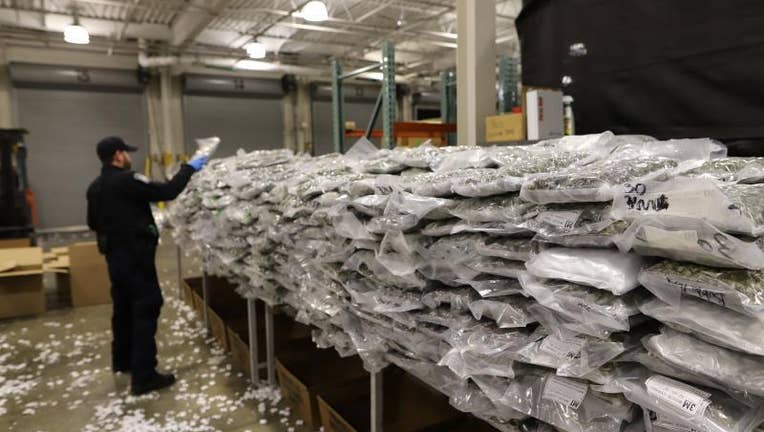 Seizure made by U.S. Customs officials near the Ambassador Bridge. Photo via U.S. Customs and Border Protection.

DETROIT - More than a ton of marijuana has been seized from a tractor-trailer truck in southwest Detroit.

The pot was detected during an inspection on May 11 by Customs and Border Protection officers at a cargo facility near the Ambassador Bridge connecting Detroit to Canada, the agency said Thursday in a release.

About 2,175 pounds (986 kilograms) of pot was in hidden in boxes documented as containing foam pool toys.

"This seizure underscores CBP’s long standing commitment to the border security mission," said Port Director Devin Chamberlain. "The men and women of CBP continue to work diligently to keep our Nation and our communities safe."

The trailer also was seized.