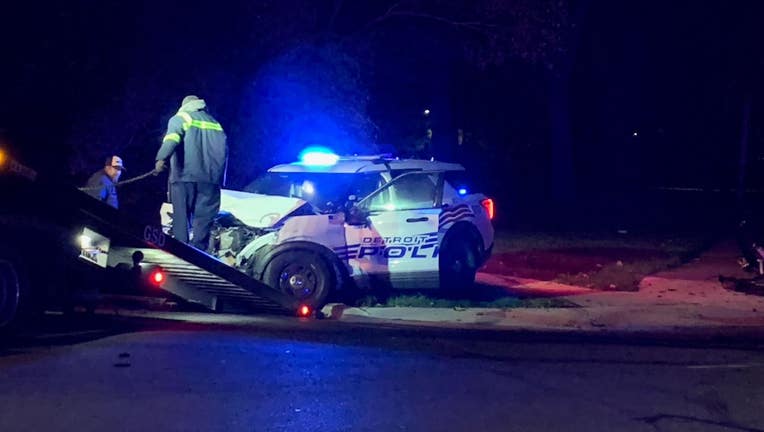 DETROIT - A Detroit police officer was involved in a crash with a citizen driver Wednesday morning.

The front end of a police cruiser appeared to be smashed after colliding with another vehicle around 5 a.m. on Nov. 3.

Both the officer and the citizen were taken to a hospital in stable condition, a police spokesperson said.

The crash happened on East Warren and Grandy Street, in the Poletown East neighborhood.

No other information was available at this time.