DETROIT - A Detroit police officer received minor injuries after they were dragged by a fleeing vehicle Wednesday night.

The injuries occurred during a traffic stop near Fenkell and Schaefer when an officer was trying to reach into the vehicle.

The SUV took off with the officer still partly inside.

The traffic stop was made after an officer recognized the red Jeep without a license plate matching the description of a vehicle involved in a non-fatal shooting earlier in October. The shooting happened on Grand River and Turner. 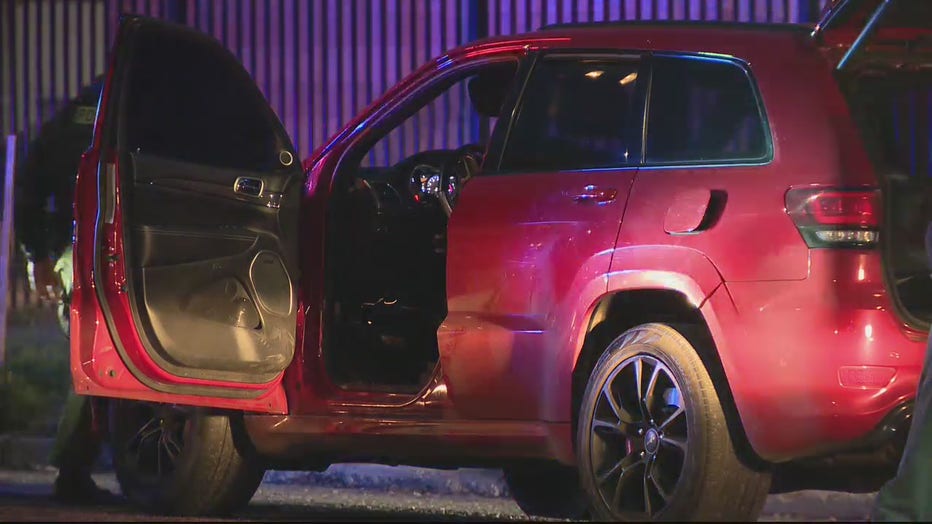 While the officer was reaching into the vehicle, another person was also getting inside.

After the officer let go, suffering only minor scrapes, police pursued the Jeep. It hit a pole at Woodrow Wilson and Elmhurst.

An occupant in the vehicle, listed as a suspect in a press release sent Thursday morning, was taken to the hospital with minor injuries from the crash. They were arrested for fleeing and possession of a stolen vehicle.

It's unclear if the person arrested was actually connected to the early October shooting.