A year ago Officer Ricardo Sanchez was one of several officers that responded to a call on Hanna Street on Detroit’s east side. A man with mental illness, attempting suicide with a knife - then turned the weapon on Sanchez.

DETROIT (FOX 2) - A year ago Detroit Police Officer Ricardo Sanchez was one of several officers that responded to a call on Hanna Street on the east side. A man with mental illness, attempting suicide with a knife - then turned the weapon on Sanchez.

"This is the initial stab wound," Sanchez said.

He was stabbed multiple times in the arm and thigh – then shot.

"The round entered my thumb approximately here and came out just inside my thumb here," he said. "Because of how close he was, about the only thing I could do was get my hands up and fight with him over the weapon."

A fellow officer forced to shoot the man to stop the attack in the process, firing a bullet into Sanchez’s hand.

"Officer McCullough is the majority of the reason I'm here speaking with you today," he said. "(He is) the reason that I got to go home and see my family and my son. I told him that I believe he saved my life that day."

Sanchez had a 5-month-old and a wife at home. Immediately he was rushed into surgery.

"Right before surgery I told him, I said, 'You can't take my thumb, if you take my thumb I'm not going to be able to be a police officer anymore,'" Sanchez said.

The surgeon saved his thumb – but his injuries were extensive.

"Fortunately pretty early on, I realized I wasn't going to be able to shoot right-handed and be as accurate as is needed for this type of job," he said.

He knew – he had to become an honorary left-hander, working tirelessly through physical therapy and surgeries – and then learn how to shoot again. 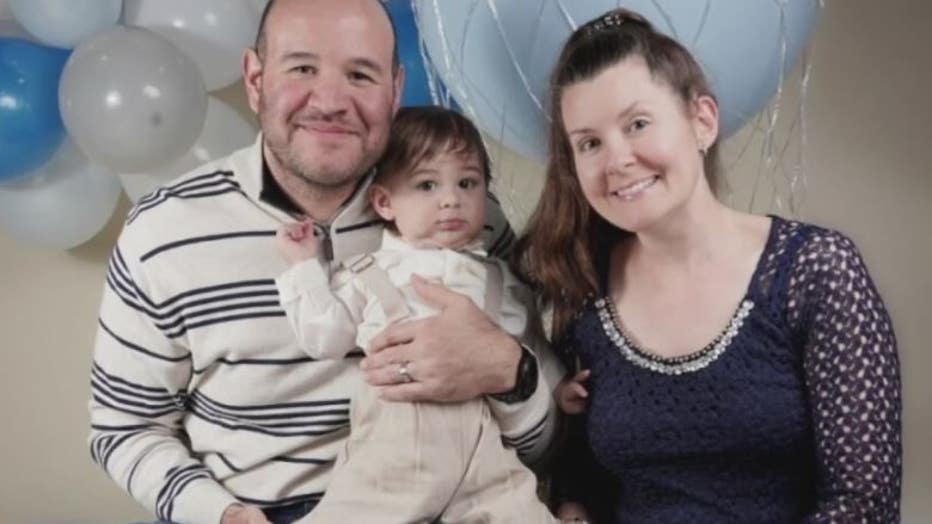 Officer Ricardo Sanchez and his family.

He trained himself to shoot with his left hand - with the final hurdle in January to qualify at the shooting range.

"The instructor came by and I said, 'How did I do?' and he looked at me and he did the math in his head because they do this sort of thing all day, he said 248," Sanchez said.

That’s almost a perfect score, days later – with his wife’s blessing. He was back.

"We should name the award after him. That's just how proud I am of that young officer," said Chief White.

Another victory Sanchez had, was learning to change a diaper - as a lefty.

"The hardest part were the snaps on the reusable diapers," he quipped. 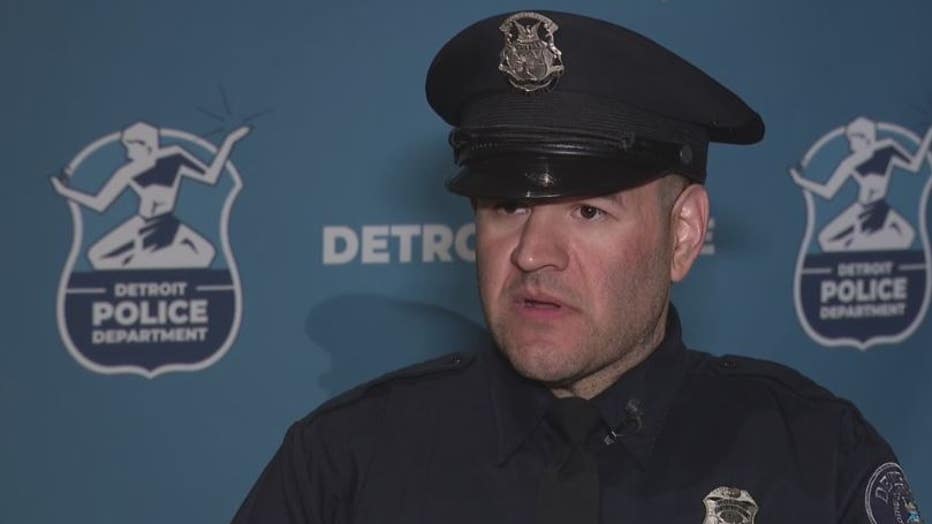