DETROIT (FOX 2) - A Detroit police officer was attacked by a knife-wielding man, then wounded by friendly fire from other officers who opened fire on the suspect, DPD Chief James Craig said.

A Detroit police officer stabbed several times is expected to recover, despite being hit in the hand by friendly fire as police opened fire on the suspect, who did not survive.

The suspect was fatally wounded, while the officer - who had been stabbed in the leg several times - was wounded in the hand in the 20400 block of Hanna, just south of Eight Mile Road Tuesday afternoon, Craig said.

The officer had been responding to a 911 call. He has been transported to Detroit Receiving Hospital and is expected to recover according to Detroit police.

The suspect was suffering a mental crisis, the chief said, and may have died from self-inflicted injuries and not gunfire from officers.

Craig said he learned that the suspect may have been under the influence of drugs after speaking with his mother.

Detroit Police Chief James Craig says the injured officer was first stabbed by the suspect and then hit in the hand by friendly fire.

"The suspect succumbed to his injuries," Craig said. "It's unfortunate. We did talk to the mother, she believes her son was having a situation based on drug usage. Unfortunately, he didn't make it. Our officer is in good condition.

"The officer was stabbed several times in the leg and we believe but we are not certain because the suspect was not armed with a firearm. when the officers returned fire to protect the officer he might have been hit by friendly fire with a single gunshot wound to one of his hands." 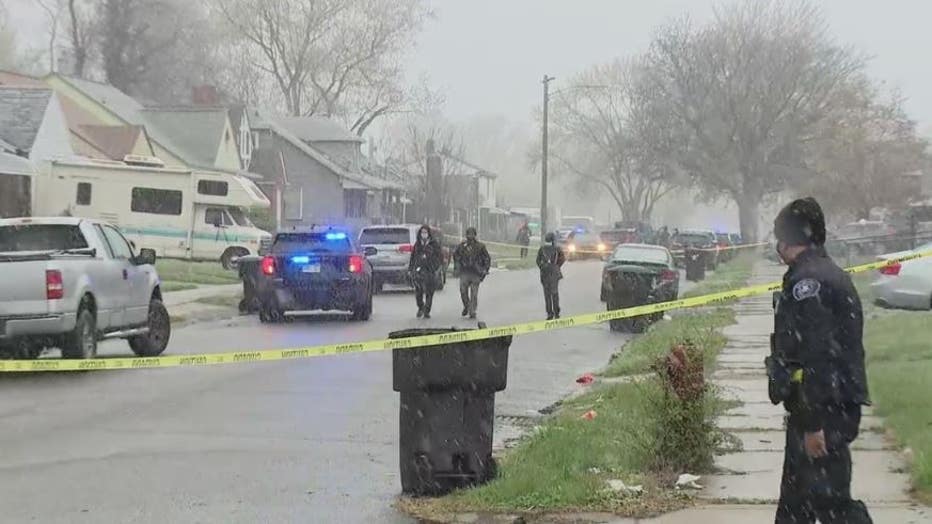