DETROIT (FOX 2) - More than three years after Detroit Police Officer Waldis Johnson was shot in the head when responding to a call, the 14-year veteran of the Detroit Police Department has died from the shooting.

Johnson was responding to a domestic violence call in April 2017 on the west side when he was ambushed and shot in the head. The suspect was shot and killed by police. 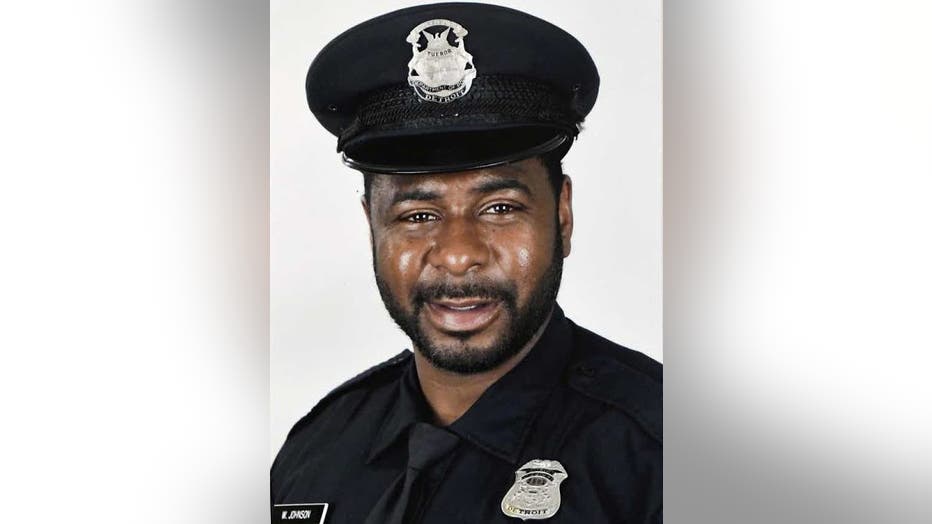 Detroit Police Officer Waldis Johnson was shot in April 2017 when responding to a domestic violence call. He died from injuries he suffered on May 31, 2020, three years after the shooting.

Officer Johnson survived the shooting but had a Traumatic Brain Injury (TBI) and he spent the past three years as a prisoner inside his own body.

"He is fully aware of what is going on and what happened to him," his son, Arin Johnson, said in November 2017. "But his nervous system is in shock, so he cannot move or speak."

The officers were responding to a domestic violence call that night but the woman's boyfriend had already left the building. Another resident heard the commotion outside and surveillance cameras inside showed James Ray, 46,  making his way to the door of the building - with a gun. Chief James Craig said Johnson and Ray fired at each other.

"As he left his apartment building with a gun, he has actually chambered a round in his weapon," Craig said. "As he approached the front door that was locked he opened the front door with the gun extended. His arm was extended and the officers responded. The officer that was shot fired several rounds from his department-issued weapon and simultaneously both the officer and the suspect fell to the ground."

The Officer Collin Rose Memorial Foundation said the officer died on Sunday and set up a fundraiser for Officer Johnson's family.

After Johnson was shot, his partner Darren Weathers, shot back and killed Ray. Less than a year later, Weathers was killed in a car crash during a training exercise.