Dario Sharp and his partner Troy Wesley were on a routine patrol at the Detroit free press marathon Sunday when all of sudden a runner collapsed. A 26-year-old man was in cardiac arrest at Kirby and Cass. The officers immediately started running towards him and then began doing CPR.

DETROIT (FOX 2) - It was an emotional reunion for a couple of Detroit police officers and Tommy Kornieck Thursday.

A post on the DPD Facebook page showed officers Dario Sharp and his partner Troy Wesley reunited with Kornieck who went into cardiac arrest during the Detroit Free Press Marathon last month.

Kornieck, 26, suffered cardiac arrest at Kirby and Cass. The officers immediately started running towards him and then began doing CPR and a good Samaritan also jumped in to help. The runner was taken to the hospital and has been recovering.

"We're glad to see that Tommy is doing much better! Great job again, officers, and to all the first responders who saved his life. #OneDetroit," the DPD social media post said. 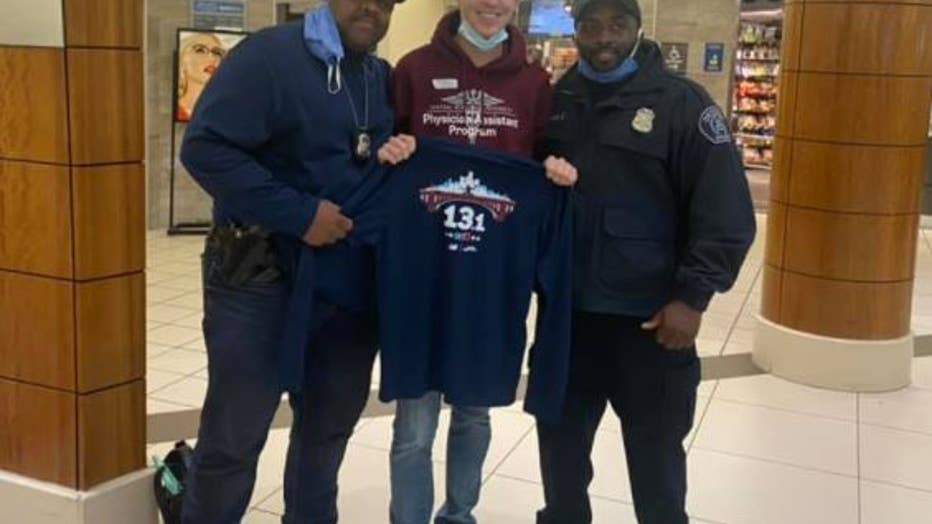 Kornieck also wrote about the reunion on Facebook, calling them his "incredible heroes."

"Today was my first ICD device check after the cardiac arrest episode. I have had no major deficits or complications as of now and could not ask for a better medical team at this time," he said. "Another exciting moment today was meeting these amazing police officers today in the hospital lobby that saved my life the day of the race.

"I could not thank them enough for everything and taking their time today to come see me. They are incredible heroes in my life. They brought a marathon shirt for me since I did not get one the day of the race. I plan to continue to stay in touch. Thank you Detroit Police Department." 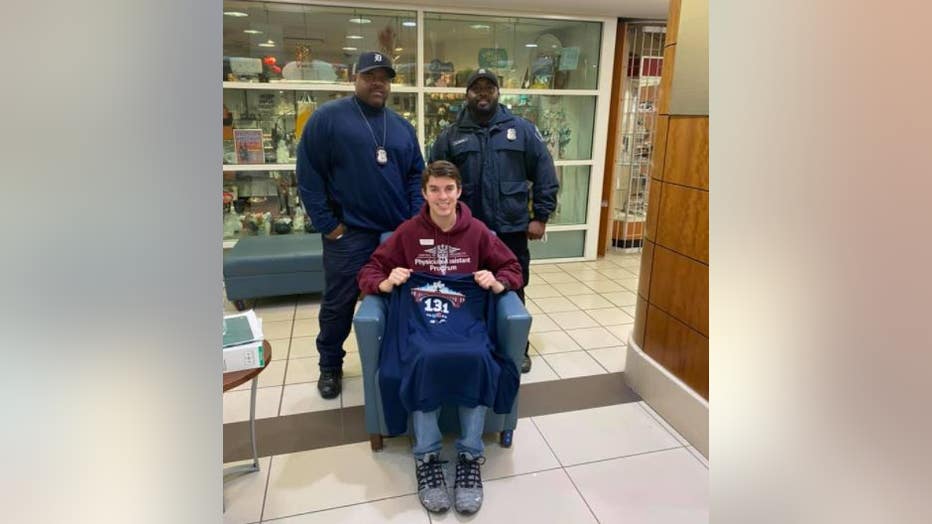