DETROIT (FOX 2) - The assistant chief of Detroit's reserve police force says they can date their roots back to World War II - and at one point boasted 2,000 members.

Reserve Deputy Chief Clarence Smith is marking 42 years with the Detroit Police Department as a member of its reserve force.

Right now they have 96 people on their force - and there is one special member of it that they consider the dean.

"This past year we lost our longest-serving member, we lost Reserve Cmdr Henry Dodge, who served over 50 years," said Reserve Assistant Chief Stephen Lewis. "That torch is what we unofficially call the dean of the reserve corps has been passed to Deputy Chief Smith."

Reserve Deputy Chief Clarence Smith has served 42 years with the Detroit Police Department as a member of its reserve force.

"I had friends that were police officers and I wanted to serve the city as well," Smith said. "But at the time they weren't paying any money."

Smith decided to stay at Chrysler but worked as a reserve police officer all those years.

"When I was working, I did the best I could," he said. "I was working details on nights and weekends. I've been retired for 22 years."

He said that he loves it.

"It is a good way to give back to the community and be a part of the police department without actually being a part of it," he said.

Smith said his family is proud of him, but quipped, "sometimes they get mad because I spend so much time with the department."

The reserves are the volunteer uniformed portion of the force. They can pretty much tell the department when they want to work,  except for those rare occasions during officially declared emergencies or disasters. 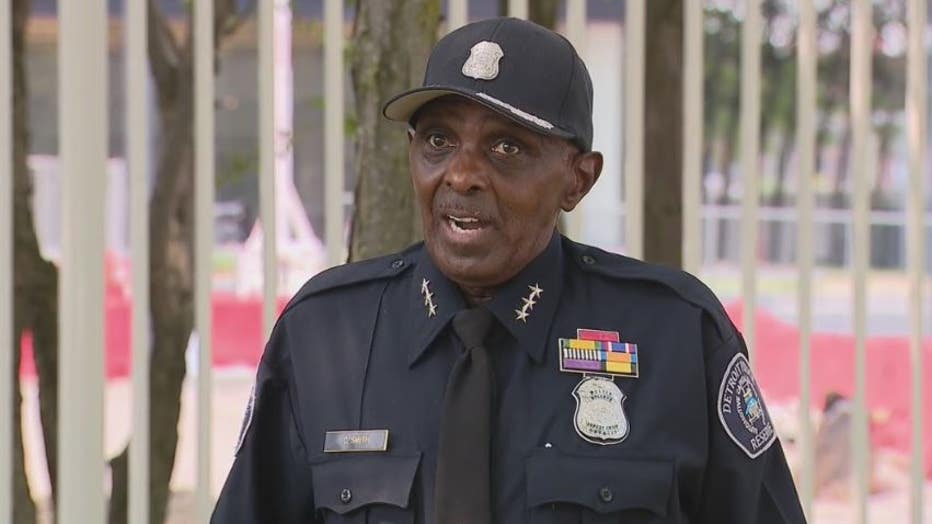 "Our service is completely without compensation from the city for the city of Detroit," said Lewis. "If you want to change the face of public safety if you want to contribute, join the police reserve corps. You are here with police officers. You are on the street, you are helping them out and you are playing an active role in your community."

The reserves are affectionately known as "The Grey Bands" for the strip of color around their hats - a part of the uniform that's never changed.