DETROIT (FOX 2) - The Detroit Police Department said a 16-year-old girl was found shot to death in an abandoned and stolen car Wednesday morning and police in Berkley say it may be linked to a missing teen they've been searching for.

Police said they were called to the 8800 block of Burnett, near Joy and Prairie on the city's east side, around 10 a.m. on Wednesday. According to police, a neighbor called about a car in the alley and a woman in the car who was possibly dead.

Detroit Police Commander Michael McGinnis said she was in a stolen 2013 Chevy Malibu. Around the same time that police were investigating this scene, police issued a press release regarding a stolen 2013 Malibu.

In that release, police said a 20-year-old man picked up a woman in his 2013 Chevy Malibu and drove to the 23700 block of Clarita when the woman asked him to stop and then she got out of the car to use the restroom.

As she was walking away, police said two armed men walked up to the car and robbed the man and carjacked him. When he complied, the two suspects and the woman got into the car and drove off.

McGinnis said family members of the victim have not been identified and she is considered a Jane Doe at this time.

Berkley Police told FOX 2 that the description of the girl matched a teenager who has been missing for three weeks but would not confirm her name. Police had been investigating that same teen in connection to the carjacking on Monday night.

Anyone with information is asked to call Detroit Police or Crimestoppers at 1-800-SPEAK-UP. 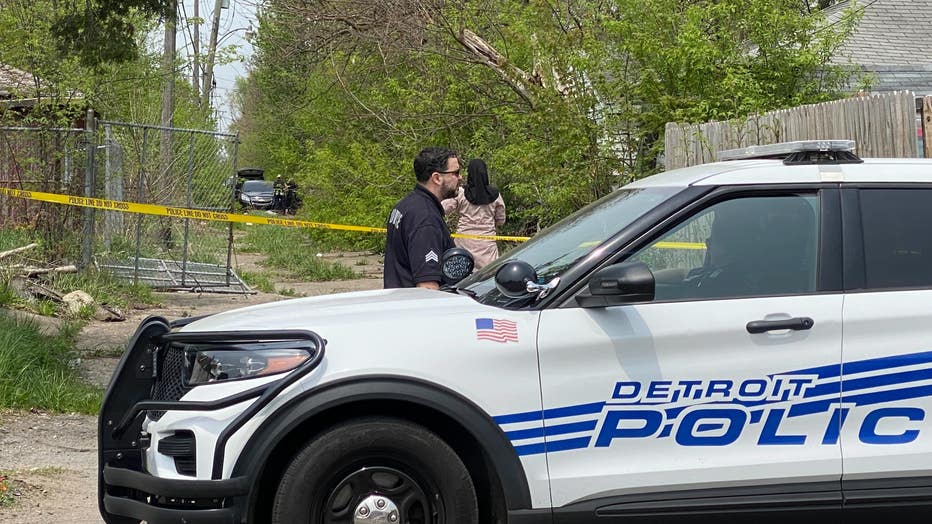 Detroit Police said a missing Berkley teen was found dead in a stolen car dumped on the city's east side Wednesday.