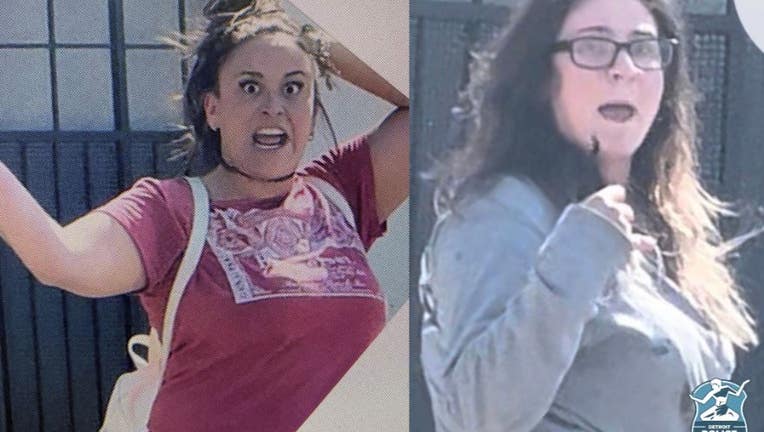 Detroit Police said these two women are wanted for an assault and battery on a woman and said they used racial slurs before beating her.

DETROTI (FOX 2) - The Detroit Police Department has released photos of two women they say assaulted a woman and used racial slurs during an attack earlier this month.

Police released the above photos of the two women on Friday, May 13, but said the assault happened on Sunday, May 1 on Detroit's east side.

According to police, around 4:30 p.m. the two women used racial slurs and then assaulted a 23-year-old woman on College Street, not far from the Coleman A. Young airport, and then both ran off.

Police did not provide further details.