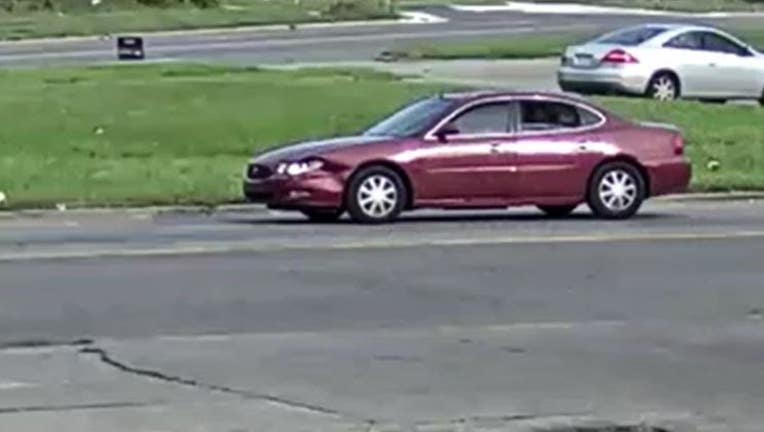 DETROIT (FOX 2) - Detroit police are looking for two men involved in a road rage shooting after a crash last month.

Police said there was a crash around 8:30 a.m. Aug. 26 in the area of Hayes and Houston Whittier. One of the drivers was aggressive so the other driver left the scene and went home.

The aggressive driver followed that driver to their home in the 11000 block of Courville and fired at least four shots into the home. No one was hurt.

The suspect vehicle is a burgundy, older model Buick with a large dent near the driver's side headlight. It was last seen fleeing south on Kelly.

Detroit police are looking for a driver who opened fire after a crash Aug. 26.