DETROIT (FOX 2) - Stash Detroit has been torn down on Tuesday after it was damaged when Dearborn Street buckled over the weekend and, according to FOX 2's Charlie Langton, the building was swaying.

The southwest Detroit dispensary was damaged Saturday night when something caused the road to buckle. The business was also affected and a brick wall on one side of the business collapsed. By Sunday, things got worse when Dearborn Street began rising several feet in the air and the road was split in half.

What's caused the damage is still not known but DTE has confirmed there was no evidence of an explosion.

After street rises and buckles in SW Detroit, businesses closed and building razed for investigation

At the intersection of Fort and Dearborn streets the investigation continues Tuesday into what caused the street to rise eight to 10 feet high and buckle.

Officials said the ground swelled and experts told FOX 2 they've never seen anything like this before. 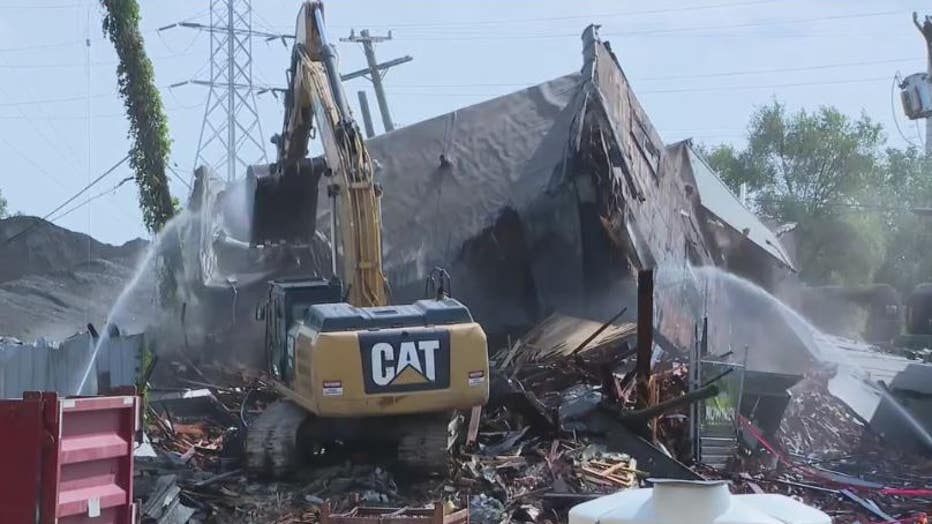 The building that houses Stash Detroit, a marijuana dispensary on Dearborn Street, will have to be demolished. General manager Nick Thomas was on duty that night and said it felt like an earthquake or an explosion. He said he got his employees out as fast as he could.

The city closed off the area and the business was obviously closed as well. But Thomas said the pot was an open target for thieves. 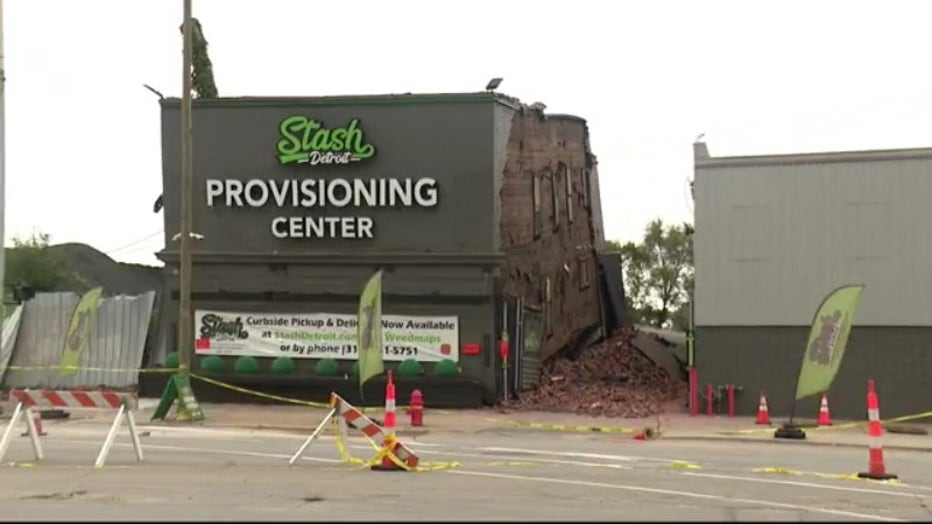 Stash Detroit Provisioning Center in southwest Detroit will be demo'd Tuesday after the earth underneath it pushed the building and the road up several feet.

"Everything that is inside is insured but (Sunday) night they did have people come in and ransack the place," Thomas said. "They got away with almost all of our inventory."

The building demo started around 12:45 Tuesday afternoon. By 2 p.m., most of the structure was demolished.