DETROIT (FOX 2) - A robbery victim on Detroit’s west side is hoping police can catch a crook after the burglar took to social media to brag about his haul.

Someone broke into Jamie White’s home on Christmas Eve and turned it upside down. The crook took off carrying everything he could, including thousands of dollars in jewelry and Christmas presents.

Burglary suspect takes to social media to brag about his haul

A robbery victim is hoping someone speaks up after a suspect posted pictures on social media with himself and some stolen goods.

White was mad when he saw surveillance video from a neighbor’s camera. White says it shows the thief sauntering down the street, carrying several bags of White’s stuff.

But now he’s fuming after getting an anonymous Instagram message he says shows pictures of the thief wearing and showing off some of the things he stole. 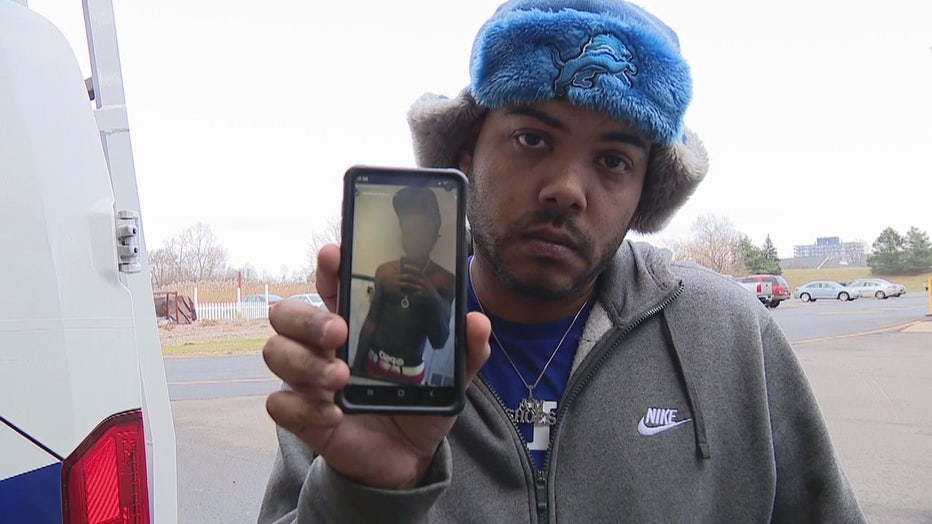 Among the items stolen was a custom necklace with his grandmother’s picture, along with years of memories.

“That’s my grandma, my nana. They raised my whole family. They brought us all together, come on now. I wasn’t raised that way. You do people how you want to be done.”

White shared those screenshots of the suspect with us in hopes someone speaks up.

Meanwhile, he’s grateful to his neighbors and community - they stepped up since the break-in and gave new Christmas gifts to him and his family.