Detroit says the property owners might have 1,000 properties combined all across the city.

City of Detroit goes after slum lords with lawsuits

The city of Detroit is suing three notorious landlords for neglect, blight and health hazards

FOX 2 went to look at three properties on the list filed in Wayne County Circuit Court against Steve and Stephen Hagerman a father and son team, Salameh Jaser and Michael Kelly.

They have earned a title from the city we're sure they don't want - some of the city's most notorious speculators and slumlords.

FOX 2 tried to track them down, stopping at Michael Kelly's office Friday. So far we haven't been able to reach them for comment.

The city says it took legal action because according to them, these folks buy up a bunch of properties and rent them out - even though they were never brought up to code.

They are dilapidated homes that often have serious and terrible health and safety risks like peeling lead paint. The city says the folks above have piles of tickets for not following the rules, and this is a new approach.

"This is a new tactic to attack a business model that is particularly pernicious," said Lawrence Garcia, Detroit city attorney.

Pernicious because they invest and neglect - but in some cases the properties are vacant.

"The notion of a public nuisance, the notion that these properties present an unreasonable danger to the public grossly - I think that is an idea whose time has come."

In the lawsuits the city asks the court to declare the business model a public nuisance and make owners keep their properties up, stopping them from buying more properties until they get their act together. 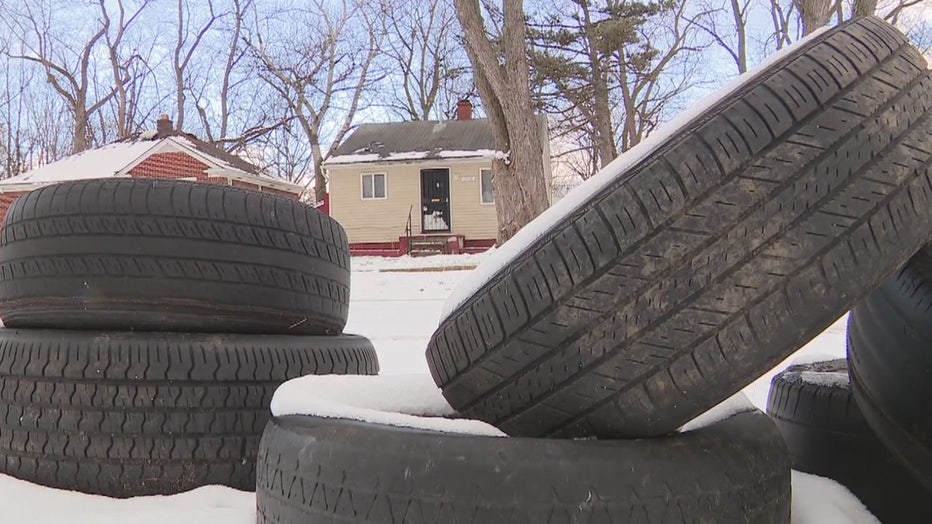