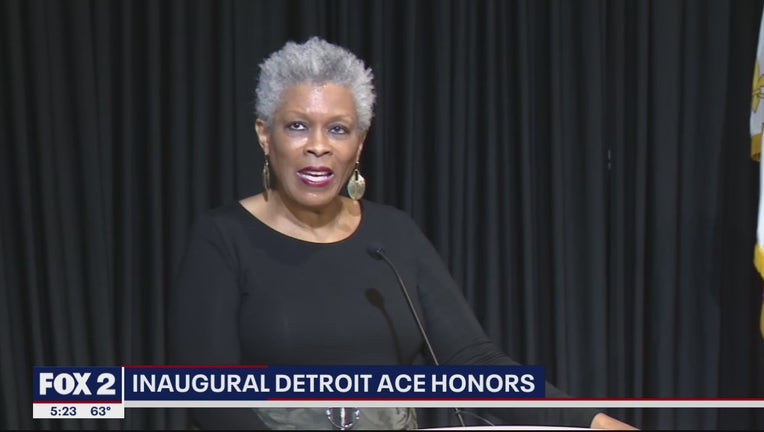 DETROIT (FOX 2) - The inaugural Detroit Ace Honors were held Tuesday to celebrate artists and patrons who contributed 25 years or more of exceptional service to Detroit arts and culture.

Presented by Mayor Mike Duggan, the Mayor's speech was named the State of the Arts, where he and the Director of Arts and Culture, Rochelle Riley, acknowledge the immense talents that come out of Detroit.

Following the awards ceremony, Riley, gave the inaugural City State of the Arts address, where she highlighted the immense talents that come out of Detroit.

"It's interesting around the country and around the world, the recognition that's given to the creative talent around the city, we have not always celebrated it as thoroughly as we should have, but a couple of years ago, I had the good sense to hire an arts and culture director, and she is a force of nature. She's puts arts and culture center stage as it should be in the city of Detroit," said Duggan.

When Riley first took the stage, she began by explaining that a year ago, when Charles McGee died, she was heartbroken, because she had not given him enough flowers while he was alive. The idea to recognize Detroiters' for the arts and culture, stemmed from there, similar to the Kresge Foundation's she said.

"This is to honor Charles McGee, and so many other folks who have given lifetimes to the creative genius that has made Detroit what it is to people around the world. So what we're going to do right now is to have the Mayor bestow the inaugural Ace honors medal on our first class of winners," Riley said.

Riley also told a story about a letter received from a student in Lille, France, doing an English paper on the City of Detroit. She emphasized that many people from around the globe know Detroit as an arts and culture capital, and that Detroit should as well.

"This is just a reminder of who we are," Riley added.

This event was Livestreamed on the City's Facebook page. There will also be an ACE Honors shows Tuesday at 7 p.m, telling the story of each of the 16 recipients’ contributions, on Channel 22 in the city and on Comcast Channel 900 to be viewed statewide. 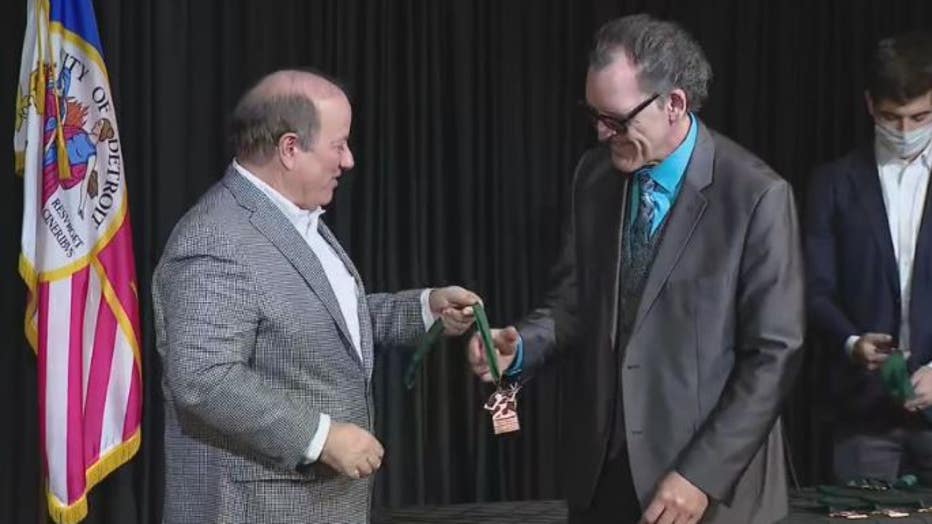