DETROIT (FOX 2) - A class action lawsuit has been filed against Detroit, Wayne County and Michigan claiming property owners are being overtaxed.

Lawyers, academics, activists and politicians announced a class action lawsuit for over assessing, overtaxing thousands of Detroiters, costing them $600 million between 2010 and 2017 - and costing many others - their homes.

"This is an 85 percent black city - this wouldn't be happening if this city were 85 percent white you better believe that," said Sonja Bennett, housing activist.

Researchers say the numbers prove this to be true - properties in Wayne County's majority black cities are being over assessed.

"We found that the majority black cities are being subjected to these unconstitutional tax assessments, foreclosures at a far greater rate than white cities," said Bernadette Atuahene, Chicago Kent College of Law.

And in Detroit they say it is especially egregious alleging residents were denied their right to appeal their overassessments, because the new assessments arrived after the deadline.

"We shouldn't have to be begging you to do your job, please, listen to the families that are coming to you about these processes," said U.S. Rep. Rashida Tlaib.

They are calling for a moratorium on foreclosures, demanding that homeowners be paid back. They say the lowest valued homes - those who can least afford it - continue to be drastically over assessed even now.

"Detroit is not the only place to have this problem but it is among the worst that I have seen," said Christopher Berry, University of Chicago.

"Our main focus is keeping families in their homes and stopping the foreclosures of occupied homes," said Roslyn Oburn, a housing organizer Detroit Action.

"The system can work - it has to be fair, it has to be balanced and every dollar has to be counted," said activist Brenda Thompson.

The city is responding to the allegations, Detroit CFO Alvin Hornh said 2017 was the first year of the new assessment and they wanted to make sure everything was "right and fair" but the assessments were not late.

"The notices went out on time, not only did it go out on time, we extended the time period for people to appeal their assessments," Hornhn said. "We extended it through Feb. 18 and then the decision was made to extend it the entire month."

The city says if homeowners have a complaint or a question about their assessment, they can talk to someone in the assessor's office or exercise their right to appeal. 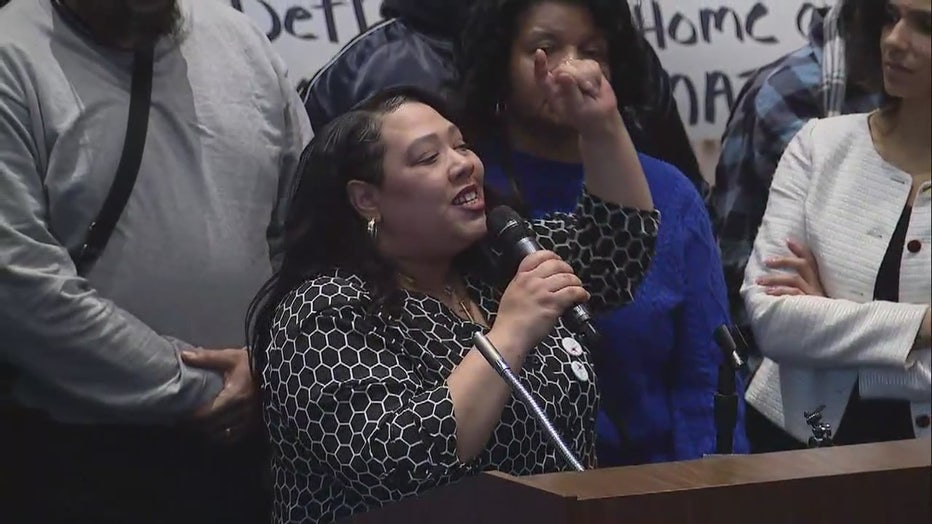