DETROIT - Detroit's first day vaccinating its citizens against the coronavirus should be cause for celebration.

Instead, residents are struggling to book an appointment while some don't understand if they're eligible to receive the treatment. Promises of hundreds of thousands of doses for Michigan by the end of December has turned a fatigued population into a frustrated one, upset with its government's inability to treat them safely and efficiently.

The City of Detroit says it's ready to schedule as many people as possible for a vaccine but it all depends on the supply of the vaccine.

Now, with inoculation scheduled for Wednesday and eligibility requirements lowered to people ages 65 instead of 75, health and government officials are tempering expectations about what citizens can expect for the next several weeks.

"...I'm going to tell you we're three or four weeks away from having enough doses that unless you have the luck of a lottery ticket, we're probably only going to see 75-year-olds and teachers and cops getting the lion's share of the vaccinations," said Mayor Mike Duggan.

The first day Detroit started scheduling appointments, its call center received 100,000 calls. But only around 4,000 people made it all the way through. About half of them were eligible for a vaccine.

Duggan said Detroit plans to administer the COVID-19 vaccine to at least 20,000 people over the next four weeks. But before they go big, they're going to start small, said the mayor during a Tuesday press conference - about 400 doses small.

"This is going to start tomorrow. (Hakim Berry), our chief operating officer has promised us it is going to run smoothly," he added.

Some confusion relayed over the phone lines is who is eligible for a vaccine. In the case of jabs at the TCF Center, one has to be at least 75 and a resident of Detroit. If they're not, Duggan asks people to not call to schedule an appointment.

RELATED: How to get the coronavirus vaccine in Michigan

Over the next four weeks, Detroit plans to set 24,000 appointments for COVID-19 vaccines and is hopeful the supply increases faster for more vaccinations.

Almost from the beginning of the vaccine rollout, supply chain issues have plagued local and state health governments.

County leaders have pointed to Gov. Gretchen Whitmer for overpromising on the number of doses each will receive. Whitmer has placed blame at the feet of the Trump administration, which until Tuesday had half of its available doses stockpiled away.

Duggan was sympathetic to the governor, arguing the federal government "has botched this from the beginning." 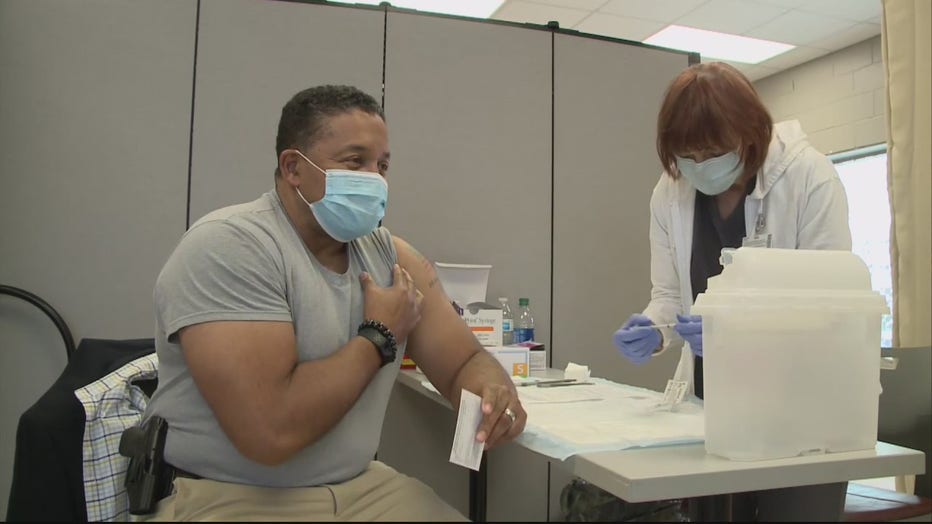 "They promised there would be 20 million vaccines by the end of December and they got 3 million done."

The trickling of available treatment has sent a ripple effect through government channels, ending with citizens calling county and city health departments asking if they can get a vaccine.

If more doses come from the federal government, then the state will have more to send to local health departments. But if fewer doses arrive, then the opposite will happen and appointments will need to be rescheduled.

Another issue has been finding a balance of eligibility to receive the vaccine that can also be distributed to an appropriate number of people. During Michigan's first phase of administering vaccines, only health care workers were available. But because so many turned it down, the state had extra doses to give out, but not enough eligible people to receive them.

But by expanding the number who are eligible, the number of available doses shrinks.

COO Berry said to make things run as smoothly as possible, he recommended those traveling to the TCF Center bring an ID, something to write with, and a book or clipboard to write on.

And also a short-sleeved shirt.