For two decades, two eyesores have sat on either side of Kimberly Marble's Detroit home. Thanks to Proposal N, they're finally coming down.

DETROIT (FOX 2) - It's been just over a year since Detroit voters cleared the way for more funds to flow into the city and approved Proposal N. The work has started and it's giving nearby homeowners in some neighborhoods a reason to celebrate.

People like Kimberly marble - aka Ms. Kim - who has been fighting and struggling to beautify her block of Cedargrove Ave for years. Ms. Kim admitted she would never have thought she'd get this emotional about the vacant homes.

"It’s time for a change, and we finally got someone who is ready to help us get it together. Our neighborhood is just as important as any place else," she said.

Ms. Kim was on the brink of tears as she talked about the two homes on either side of her house. She said they've been vacant for 20 years and she's lost her homeowner's insurance because of them. Ms. Kim's mom had fought to knock down the homes until her death seven years ago.

RELATED: "Detroit is gonna come back"; contractors get started on next wave of demolitions

They're eyesores, yes, but they've also brought in unwelcome guests.

"I had a raccoon that came to visit on Sundays," she said.

Ms. Kim thanks Mayor Mike Duggan and Prop N, which has led to more than 750 demolitions in a year and another 2,200 under contract.

"For all of this to go down is hope for this area," Ms. Kim said.

Detroit Demolition Director Lajuan Counts said his experience with Ms. Kim has changed the way she'll work with the residents of the city.

A city crew knocked down the first home and will have to come back for the one on the other side. She knows a finish line is in sight.

"It’s almost over! It’s almost over! I’m about to stand alone, and I’m standing for my community. Not just right here but for my whole community. I want everybody to feel what I’m feeling right now," Ms. Kim said. "My grandson is two. I want my grandson to have the legacy of what his grandmother helped bring to this community."

Ms. Kim wants to turn the new spaces into areas where neighbors meet and has set up a GoFundMe to raise money for the plans. 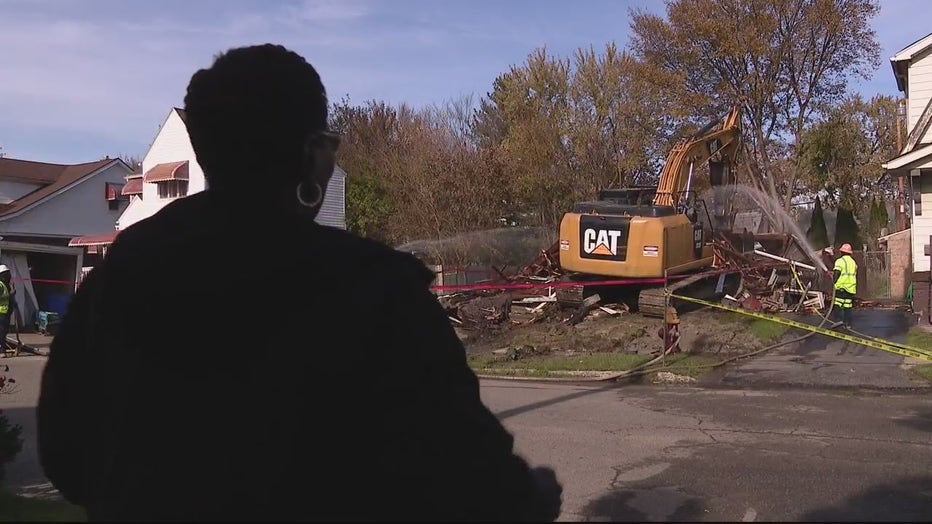