Sharyn Johnson and Aisha Morrell-Ferguson were in their office when they got the call - the state housing authority had just approved a big pot of money for them.

“Whoo! It was overwhelming joy. I think we danced. It was a very exciting time at COTS,” said Morrell-Ferguson, the chief development officer for the long-term housing program.

Totaling $16 million, the money would transform their Peterboro Arms property into a family-rental apartment - a 56-unit permanent affordable housing structure designed to stabilize Detroit’s poorest residents and give them a path to self-sufficiency.

The property is smack in midtown Detroit, the modernizing face of the Motor City’s return. Surrounded by public transportation, close proximity to business and a thriving culture and entertainment scene, the center of Detroit offers all the amenities families could desire. Think Little Caesars Arena or the Masonic Temple and anything else drawing attention down the Woodward corridor. But such eclectic offerings come at a price.

Peterboro Arms represents an investment in long-term affordability by the city and the state to make all those amenities accessible to low-income families. 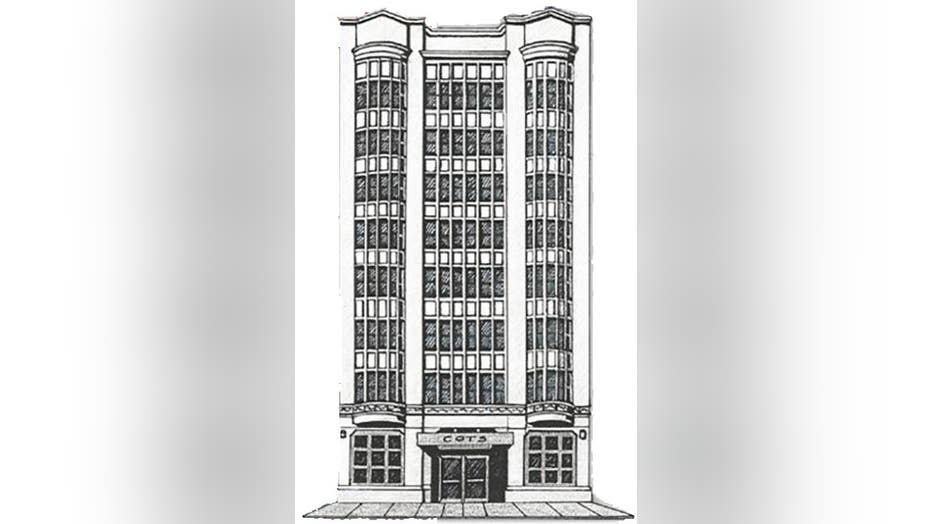 When COTS pivoted their housing goals to make them more feasible to families instead of single people, it aspired to target burdened households with parents struggling to pay rent and their children who are at risk of following the same path. Originally. an apartment made up of transitional single housing units, Peterboro Arms is now being refurbished as a permanent affordable housing unit suitable for families.

“In January 2015, we made a commitment to only serve families. It’s a two-fold approach where we reach the mind of parents, but also we want to reach the youth and break the bonds of poverty,” said Johnson, the chief operating officer for COTS.

That vision is starting to take shape at 26 Peterboro St. and judging by the reactions of COTS officials, it was welcomed relief to see funding match that vision. But it’s also relief seldom seen. The application process to acquire that money is a competitive one. Funding drawn down from the Department of Housing and Urban Development and allocated out by the State Housing Department is precious and in short supply. It took COTS three rounds of applications before being awarded the funding. And officials say the longer funding remains in short supply, the worse the gap of available affordable housing will become.

“It wasn’t a top state priority for the last decade and has become a problem for low-income populations,” said Luke Forrest, executive director of the Community Economic Development Association of Michigan (CEDAM). “The longer you don’t fill that supply hole or put up low wages, it just makes the gap bigger and bigger that we have to fill.” 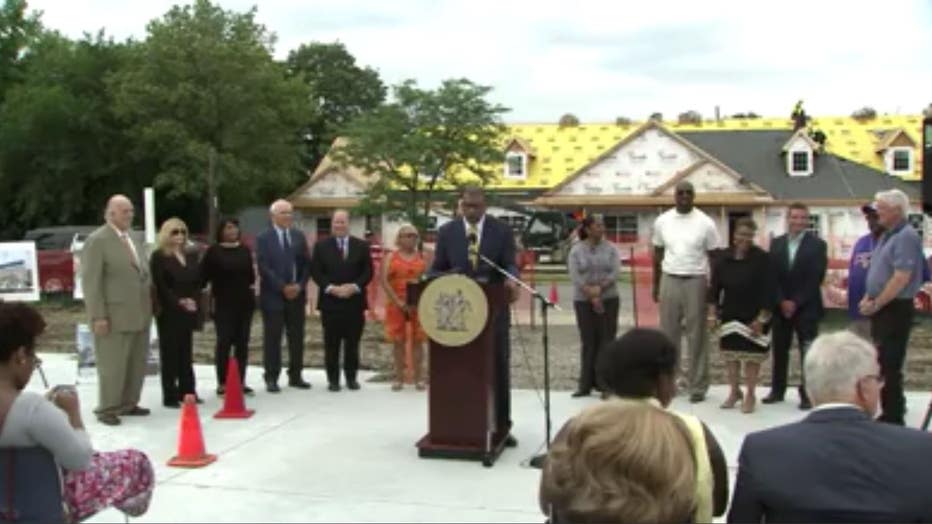 The Michigan State Housing Development Authority announced in 2017 a tax credit program for hundreds of families who make 30 to 60-percent of the average income in the area.

However, both Michigan and Detroit have tools in place to reduce that gap and lessen the rental burden on low wage earners. And more importantly, there’s evidence to support those tools do work.

The clearest proof is Michigan’s Housing and Community Development Fund. Established in 2008, its goal was to finance affordable housing projects around the state and “to develop our state’s struggling economy by creating vibrant cities, towns, and villages where people will want to live, work, retire and play” says a report detailing its returns. In its first year of operation, the fund received $2,163,400 from the state’s General Fund.

That money went to 18 different grants, investing in projects in urban centers like Detroit, Flint, and Grand Rapids. In that same study measuring the economic output of that $2.1 million, CEDAM found the investment produced $24,041,009 in gains - it returned money 11 times over.

“I think it’s safe to say, even if we look at the limited funding that Michigan receives, even though it wasn’t a lot, it was very effective,” said Julie Cassidy, a policy analyst at the Michigan League for Public Policy. “We know it works.”

But general fund money is hard to come by. And when the housing crisis hit that same year, any cash that could have been allocated was needed elsewhere. Furthermore, in a state where crumbling roads and failing schools take precedent over so much of the state’s budget, none is left over for housing.

“We're competing with resources for road funding or schools,” Forrest said. “Unfortunately, this issue is not as universal because everyone uses the roads or the schools.”

That’s why the trust fund has been filled only one other time since its inception when it received $3.7 million from a National Mortgage Settlement Fund in 2013. It now sits empty.

Both CEDAM and the League for Public Policy see this empty piggy bank as a vehicle for solving the affordable housing problem. It’s not the only fix that’s proposed, however. Where the state’s method would disseminate funds throughout Michigan to a variety of uses, Detroit’s plan targets specific structures within the city’s limits. This $250 million initiative is called the Multifamily Affordable Housing Strategy - or just the mayor’s plan for short.

Under the instruction of the Department of Housing and Revitalization (HRD), the city intends on preserving the affordability of 10,000 multifamily housing units and building 2,000 new affordable units by 2023. The plan will designate a certain number of units to low-earning people across the income spectrum. It’ll be funded by the Affordable Housing Leverage Fund, which will contribute $50 million in city-invested funds and another $200 million from low-interest loans and grants.

“We do take active steps to engage with owners early,” said Donald Rencher, the director of HRD. “A lot of these projects require city investment and incentives. We don’t talk to anybody about our support without having this conversation.”

While the city is rehabbing some units that are already cheap to live in but may not be very nice, it’s also negotiating with owners to keep them from converting their properties to market-rate status.

Some success stories include the Hamilton Midtown (formerly the Davenport), the Louis Kamper and the Stevens Buildings. 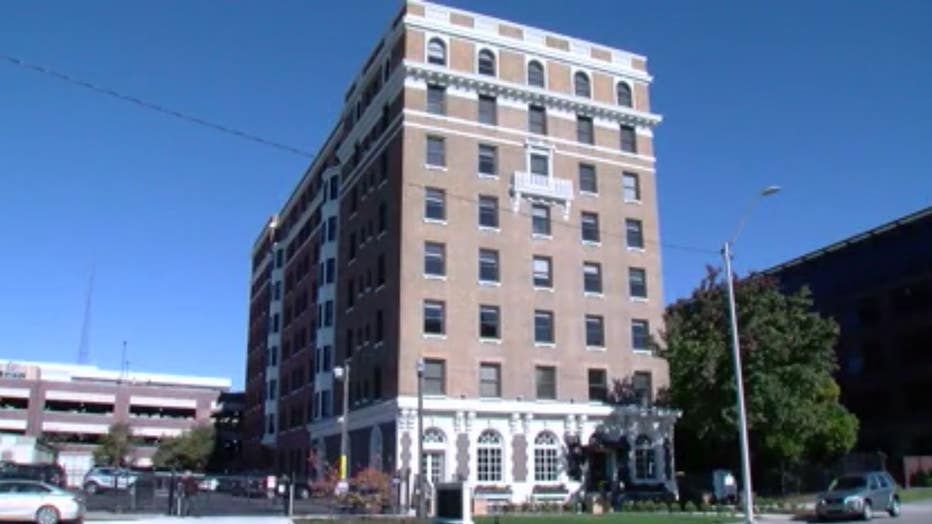 The Hamilton-Midtown property was reopened in 2018 after $12 million in renovations.

For all the good press the plan has received, not everyone is happy with it. Low-income housing advocates think it doesn’t help Detroit’s poorest renters. They worry the money being spent doesn’t have enough oversight and those designating how it gets spent doesn’t engage the residents who would benefit from it enough.

But the biggest concern is it’s not the only housing fund the city has and is now a competing force against an older trust that does have oversight, is aimed at the city’s poorest renters, that does consult the community but with a fraction of funds that the Mayor’s plan has.

So how did Detroit end up with two housing trust funds? Before the mayor’s plan was enacted on its own, the city council passed the Detroit Affordable Housing Preservation and Development Fund in 2017. Its goal was to subsidize the cost of living for the city’s poorest renters.

“It was city council approved. It has more restrictions. The city council has oversight, an advisory board, and because it goes to city council, it’s public,” said Amina Kirk, a senior legal and policy expert with the Detroit People’s Platform. “The leverage (mayors) fund has no restrictions. We’re not sure who is making decisions or what the regulations are.”

Kirk thinks how the mayor’s plan spends its $250 million treasure chest lacks transparency. Because it’s not overseen by any council members, the spending isn’t public information. Meanwhile, the preservation fund’s resources look like pocket change - and is funded by only 20 percent of commercial land sales conducted by the city and whatever it can scrounge from the city’s budget. Last cycle, the People’s Platform asked for $10 million - they got $2 million.

One of the specific critiques the People’s Platform has is that too much money goes toward rehabbing units that are cheap but aren’t regulated to be affordable. Kirk argues this kind of housing has never been reliable for low-income earners.

“That’s never been part of local affordable housing plans. We have a lot of it, but the problem is, it can go away. It just means developers don’t need to charge that much. But that’s not regulated,” Kirk said. “Although it is a dominate form of affordable housing, it’s not a good inventory to lean on.”

Another problem the People’s Platform sees in the Mayor’s plan is the measurement tool it uses for deciding how it spends its money. Money goes to people across the income spectrum, which is defined by the area median income (AMI). This is a federal standard that takes the AMI of Detroit and the metro area - which drives the average income of residents up and skews who is actually a poor renter.

But, Rencher argues the city’s solutions need to target individuals at all levels of income. For a systemic housing problem that affects residents at every level, infusing money at only the bottom of the spectrum wouldn’t solve the problem.

“We still need to ensure there is affordable housing across the income spectrum. We do know the lower-income (residents) is the majority,” he said. “But I guarantee you when we put out a plan like this - the strategy we came out with and worked with is supported by leadership here and is unique to Detroit’s situation.”

Kathy Ralston, a volunteer with the People’s Platform who works as a housing counselor and helps with foreclosure prevention sees the leverage fund’s objective the same as the mayor’s goal: to reverse the loss of population and start building it back up. Unfortunately, they also appear to be competing interests and could still hurt Detroit’s poorest renters.