Closest Detroit City Council race is in District 4 with Elrick vs. Johnson

Two political newcomers are running for an open council seat representing Detroit's east side in the tightest race.

DETROIT (FOX 2) - District 4 in Detroit is home to nearly 100,000 people and tomorrow they decide who represents them on City Council in a race that will likely come down to the wire between ML Elrick and Latisha Johnson.

When the last vote is counted tomorrow a fresh face will be elected to represent the 4th district in Detroit.

Johnson has 14 years of experience volunteering in the community.

"I have a 14 year proven track record of the integrity of working on behalf of residents in the community, and just making sure that people know who I am - because I think that speaks volumes," she said.

Elrick is a former FOX 2 and Detroit Free Press reporter who says his experience holding people accountable will directly translate to public service.

"I really look forward to using my knowledge of how government should work, how it hasn’t worked and applying that to make sure government does work," he said.

Both candidates are vying for a position that was vacated after Andre Spivey stepped down this year after he pleaded guilty to federal bribery charges.

"When I gave up my job as a reporter, I thought we had a problem with corruption in City Hall," Elrick said. "It turns out, it’s worse than I thought. So it feels like the right candidate at the right time to get us back on the right track.

"It has a lot to do with people being in office for a longer period of time, where they get comfortable," Johnson said. "They may have some friends that they have acquired over the years, and they get a little relaxed - and that is something I am extremely mindful of."

In terms of they can navigate the waters of public service without getting caught up in the scandal, they say the answer is transparency.

"The problem with City Council right now is they won’t answer any question," Elrick said. "I will answer every question."

Even when some question who is contributing to her campaign, Johnson maintains she can't be bought.

"I know who I am," she said. "I know why I am doing this, and it’s really because so many residents reached out to me and said, 'Latisha, we need you to do this, because you know who we are. You know who we are dealing with in our communities, and you have the experience to lead.'" 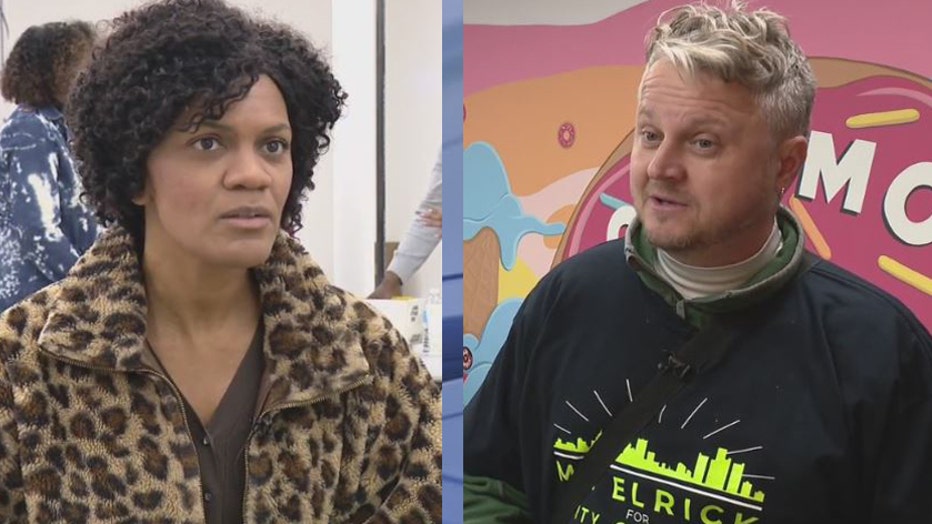 Both candidates have approached this race in a similar fashion using relentless ground games. They are knocking on doors and talking to voters, so when the polls close on Tuesday - they both say they plan on leaving nothing left on the table.