GRAYLING, Mich. (FOX 2) - Under a new proposal, the military wants to lease 162,000 acres of land near Camp Grayling from the Michigan Department of Natural Resources to expand National Guard training space.

According to the military, the installation currently uses 147,000 acres of training land. While the military owns Camp Grayling, about 45,000 acres are currently leased from the DNR.

Tens of thousands of people, including U.S. military members, employees with civilian agencies, and international partner nation servicemembers, train on the space every year. According to Camp Grayling commander Col. Scott Meyers, the base is on pace to be utilized by 80,000 people this year. 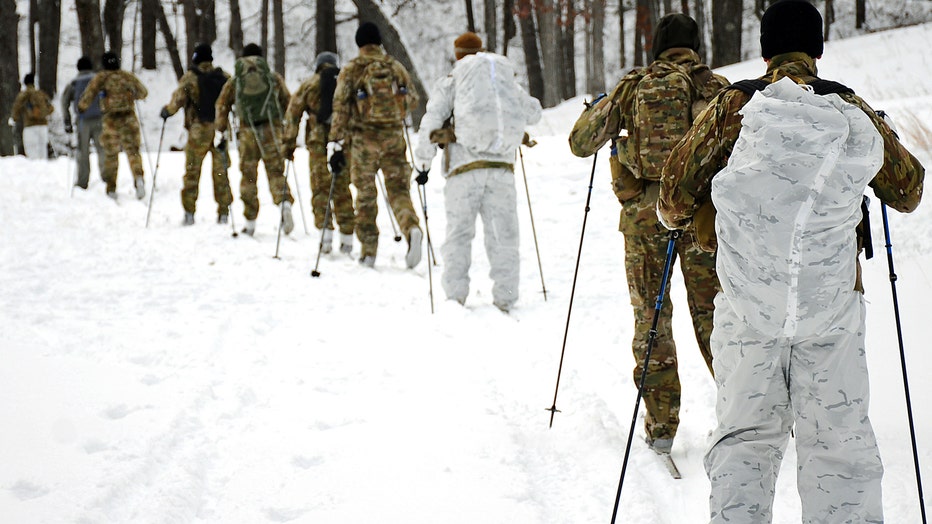 If approved, there will be a 20-year lease agreement between the DNR and Department of Military and Veteran Affairs. That lease would be reviewed annually, and the DNR could break it before it is done if the military is not adhering to conditions of the lease.

According to Tom Barnes, the unit manager for the DNR Grayling Forest Management Unit, the full amount of land in the military's proposal may not be approved.

"We will be looking at every parcel," Barnes said. "I'm pretty sure there will be a reduction in acreage.

If the DNR director decides to approve the plan, each parcel will be reviewed, and some could be dropped due to their habitats.

Barnes also noted that a full environmental check would be conducted, and restrictions can be put on places with sensitive habitats. The DNR has noted that it does not anticipate that the plan would have impacts on the environment.

"It's no different that the current environmental safeguards that we go by now," Barnes said. "From my perspective, they vet everything out that the Camp is looking to do. If they are looking to train in a new area that they haven't been in, even within the Camp itself or a new activity, they have to do an assessment on that."

Barnes added that the DNR and military have a good partnership, and the military has helped care for the state lands by cleaning up trash left by others and alerting the department of dumping.

The military said the additional space would be used for drone operation, cyber, electronic warfare, space, and communication system installation and operation, and no live fire would be directed toward the new areas.

"We haven't had, to my understanding, any real big issues with any of the military training having a negative impact on our natural resources," Barnes said. "PFAS is obviously out there, that is a negative impact from the firefighting foam that they use at the airport, but when you take that away, because I don't consider that a training ground because it's not on our property - that is federal property. When you look at the lands that they train on now, we haven't had evidence there."

The DNR said it would still manage the land and its resources, and public access to state lands, including ORV roads and the Au Sable and Manistee rivers, would stay open. Barnes said he does not believe allowing the Guard to use more land would have any bigger of an impact than the current agreement does.

"The Michigan National Guard is not planning to close any of the areas involved in this proposal," Meyers said. "We will make public announcements prior to the commencement of individual training activities to ensure the community is properly notified, but again, the type of training involved would be very low-impact and non-kinetic, so there would be no safety risk requiring significant restriction."

Also, by allowing the military to use the land, the DNR said federal funding could be used to help maintain the environment.

"The Michigan National Guard does have a robust environmental management program, and we frequently work with many conservation partners to look after the wildlife population, forestry management, and other factors that promote a healthy ecosystem," Meyers said.

Barnes said the DNR does not have a timeline for when the lease, if approved, would begin.

"The soonest these areas would begin utilization by military personnel would be late summer 2023," Meyers said.

This plan is dependent on community input and land survey processes.

Public input is sought through July 8, and comments about the proposal can be added to this map.

A public meeting is also being held 6 p.m. Wednesday, June 22, in Community Rooms A & B at Kirtland Community College in Grayling. The community can learn about the proposal and submit comments at the meeting.