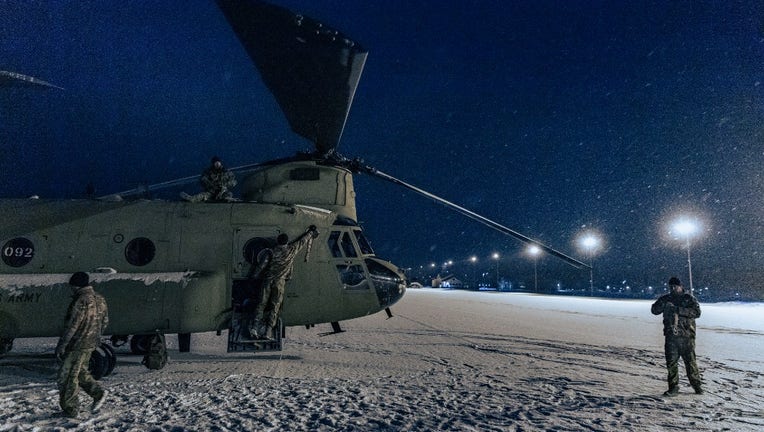 GRAYLING, Mich. (FOX 2) - When the temperatures dip in Michigan, military troops head up north to train in the frigid weather.

Several hundred troops from active duty, National Guard, and reserve units around the U.S., as well as troops from NATO ally Latvia, will participate in "Winter Strike" from Friday through Jan. 30.

The summer version of Northern Strike will be held in August. Last summer, more than 3,100 military members from the U.S and U.K., Liberia, and Latvia participated. In the past, as many as 7,000 troops have participated.

"Michigan has some of the best military training facilities in the country, which makes it the perfect place for visiting units and defense industry partners to work together in a complex, all-domain environment," said Maj. Gen. Paul D. Rogers, adjutant general and director of the Michigan Department of Military and Veterans Affairs. "Northern Strike is one of the reasons our state is receiving national recognition as an innovator in the future of warfighting."

In addition to providing a place to train and collaborate with other service members, the Michigan Department of Military Affairs noted that the events bring an average of $30 million to the area's economy. This includes military pay, travel, and local spending.

"Everything we do at Northern Strike would not be possible without the support we receive from the local community," Jenzen said. "Northern Michigan is truly one of the most military-friendly communities in the country. Protecting them and our nation is why we train as hard as we do."

Army offers largest offer ever for recruits with $50K incentive

Recruiters have had to get creative - trying to entice young people to enlist by holding meetings outdoors, online or by phone. This money is expected to help.