DETROIT (FOX 2) - In Detroit, a dog was freed from the basement of an abandoned home and, it came just hours before the winter storm. The rescue likely saved this animal's life.

Dog rescued from basement of abandoned house in Detroit

In Detroit, a dog is freed from the basement of an abandoned home and, it came just hours before the winter storm. The rescue likely saved this animal's life.

"My feet and hands are frozen right now, I don't know how this dog was surviving," said Andre Jones, Detroit Pit Crew volunteer. "(There was) debris on the ground everywhere, water frozen, it was terrible. I don’t think he would have made it another night."

So Jones and Theresa Sumpter with Detroit Pit Crew Dog Rescue jumped into action after FOX 2 viewer messaged us on Twitter. The viewer found a dog stranded in the basement on Detroit’s east side.

"So this is where the dog has been living the neighbors have been throwing food down to him," said Sumpter, the executive director. "I’m guessing he went down there to get warm."

It was too dangerous to go down so they called on the experts, the Detroit Fire Department. They used a ladder and some caution, pulling the Akita mix to safety.

"The dog came out happy I went to buy him some Slim Jims," Jones said. "It made me feel really good." 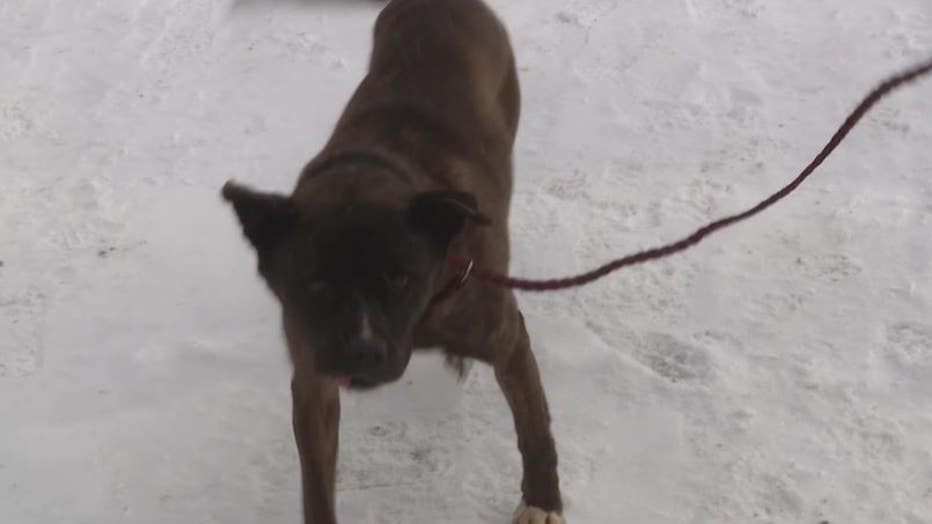 Blaze after he was rescued.

The dog is in okay shape. He’ll get a tumor on his mouth checked out at a vet. Then on a stray hold somewhere warm until he can be adopted.

"We are going to call him Blaze, he was saved by Detroit Fire," Sumpter said.

With this cold snap - not all endings, are happy ones.

"We have found dogs that didn’t make it," she added. "People don’t understand it is very cold in Detroit and even with straw (and a doghouse) it doesn’t mean your dog is going to survive." 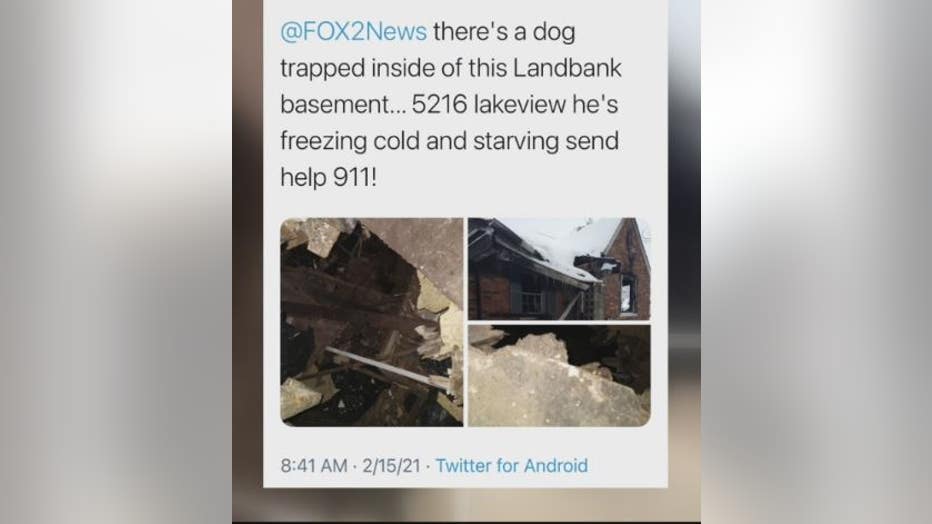 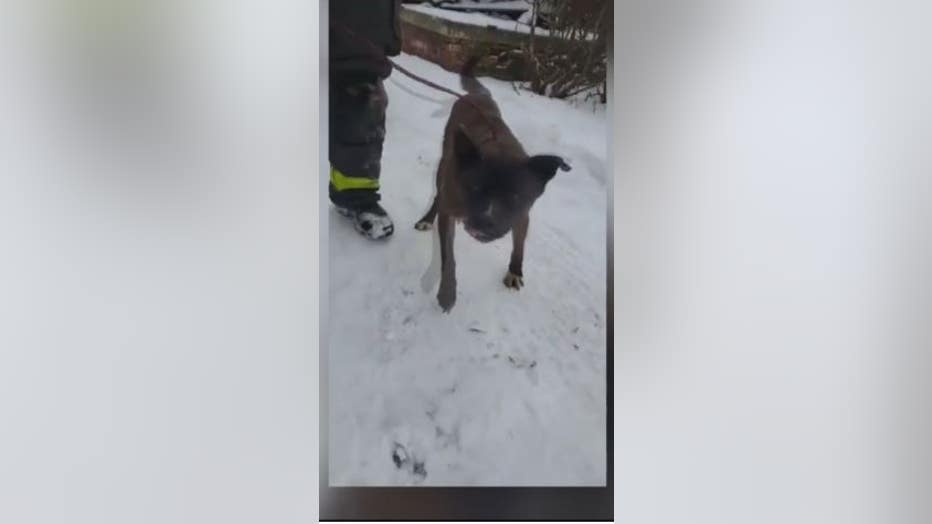